The Health Ministry (MOH) has told public hospitals to terminate all contracts with foreign agents who refer patients from overseas, after The Sunday Times highlighted the existence of such a practice.

In one case, an Indonesian agent was contracted to provide NUH "administrative services". For every foreign patient accepted by NUH, the agent is paid 8 per cent of the patient's hospital bill, excluding doctors' fees.

The agent must ensure the patient pays the hospital first before getting the fee. The agent's duties include assisting potential patients with information they require before making "the most suitable recommendation", as well as helping patients arrange specialist appointments, according to the NUH contract.

Other agents from Indonesia and Vietnam told The Sunday Times that they also had arrangements with SGH and CGH, both run by SingHealth. The hospitals declined to say how long such practices have been going on.

WHAT MINISTRY OF HEALTH SAYS

Some have contracts with agents who facilitate and assist foreign patients seeking medical treatment in Singapore. While these agents have not been tasked by the public healthcare institutions to market their services, we have asked the public healthcare institutions to discontinue such practices and terminate existing contracts with the agents, to avoid potential misinterpretation and misrepresentation.

Tan Tock Seng Hospital, which is part of the National Healthcare Group, said it does not engage such agents. Other public hospitals did not reply to queries.

Asked about such contracts, MOH said the priority of public healthcare institutions is to serve Singaporeans' healthcare needs. They "are not allowed to actively market themselves to foreign patients".

"Some public healthcare institutions (PHIs) have contracts with agents who facilitate and assist foreign patients seeking medical treatment in Singapore. While these agents have not been tasked to market their services, we have asked the PHIs to discontinue such practices and terminate existing contracts with the agents, to avoid potential misinterpretation and misrepresentation," it said.

SingHealth and NUH told The Sunday Times they will cease the agreements by the end of next month.

"NUH's foremost priority is to provide care for Singaporeans," the NUH spokesman added. "NUH reviews all referrals to ensure that it has the capacity, capability and resources to provide treatment that will be beneficial to the patient. Singaporeans are given priority, for appointments and hospital beds."

SingHealth said the primary role of medical associates is to help overseas patients navigate the healthcare system, including advising patients on relevant health records needed, and assisting with the administrative processes, paperwork and travel arrangements.

"Medical associates are non-exclusive to SingHealth and they charge an administrative fee (per patient) for their services," said SingHealth. 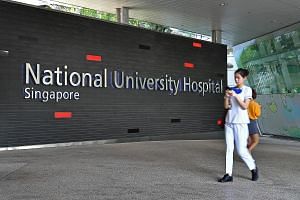 SingHealth, NUH to stop using agents by end of Oct 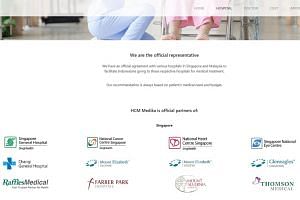 Helping Indonesians get treatment in Singapore

Doctors whom The Sunday Times spoke to were surprised that public hospitals engaged such agents.

"This practice of giving a 'referral fee' to 'medical agents' is unethical," said Dr Keith Goh, consultant neurosurgeon of International Neuro Associates. The 8 per cent commission on a hospital bill of $500,000 would be $40,000 - "which is more than the annual salary of a staff nurse", he added.

Some doctors pointed out how under the Singapore Medical Council's (SMC) ethical code and guidelines, they are not allowed to offer a percentage of a bill as a referral fee.

Dr Tan Chi Chiu, chairman of SMC's Medical Ethics Committee, said that there are no issues with public doctors treating foreigners. But foreign patients may pay more, and "doctors need to ensure that this does not set up a financial incentive" to favour such patients over subsidised ones.