SINGAPORE - Some 190 people received a "not at risk" result after trying out a new diabetes risk assessment test online - but their relief turned out to be short-lived.

The result was actually wrong.

It was caused by a software error in the Diabetes Risk Assessment tool launched this month by the Ministry of Health.

The error was found three days before, when HPB investigated erroneous test results.

According to a Straits Times report published on the same day, a 25-year-old obese man who takes seven or more sugary drinks and exercises less than 100 minutes every week was assessed by tool to be "not at risk" of developing diabetes.

Doctors interviewed for the report warned the public to take online test results with a pinch of salt. They noted that some diabetes risk factors were not included in the test, such as the race of respondents and whether they smoke. 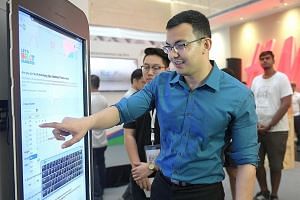 'Not at risk' of diabetes? Maybe not

The HPB said the software error in the test was rectified at 1pm on the day it was identified and that it has "performed further refinements since then".

It has refined the tool to reflect that everyone has a risk of developing the disease, said HPB in response to queries.

It has also been contacting affected users who have provided their contact details to advise them to retake the test.

"We sincerely apologise for any inconvenience caused," said HPB.

The diabetes risk assessment test has attracted 33,000 users since it was launched.

It requires users to answer seven to eight questions online. These take about into account key factors such as age, gender, family history of diabetes, BMI and personal history of hypertension, or high blood pressure.

However, the result does not reflect lifetime risk as this may vary with changes in the factors.

Singapore has one of the highest incidences of diabetes among developed countries, second only to the United States.

The diabetes risk assessment test is one of the many "bullets", including awareness campaigns and a $20 million investment to promote the use of healthier food ingredients, rolled out by the authorities in the war against diabetes.

Dr Ben Ng, an endocrinologist, said online tests based on risk factors are not a foolproof way to identify all who are at risk.

A health check at the doctor's may be needed too, he noted.

Dr Ng, who is from Arden Endocrinology Specialist Clinic, said: "I hope this tool does not deter people who are deemed to be low-risk from getting checked."

He added: "If you are low-risk, it does not mean you will continue to be low-risk and do not need to be checked any more."