SINGAPORE - The Ministry of Health (MOH) task force set up to plug gaps in the surveillance system for infectious disease outbreaks will start work next week.

Minister of State for Health Chee Hong Tat, who is leading the task force set up in the wake of the hepatitis C outbreak at the Singapore General Hospital (SGH), said on Friday (Dec 11) that the team's focus will be on understanding the current processes, and not on taking disciplinary action against those responsible.

Although the task force was set up to follow up on the recommendations of the Independent Review Committee which analysed the hepatitis C outbreak which occurred earlier this year, Mr Chee said the team will "take the opportunity to see how we can do a thorough systems level review and identify where are the areas for improvement, and take concrete steps to address the gaps".

Possible measures that may be put in place include "legislative requirements applied to healthcare institutions", he added. But he did not give details.

On Friday, Mr Chee named the members of the task force who were chosen for their knowledge in infectious diseases, systems engineering and data science. They are:

The task force, said Mr Chee, could look at best practices in the United States, Britain and Hong Kong, among others, to strengthen Singapore's ability to respond to infectious disease outbreaks, both in hospitals and the community. The task force aims to complete its review by mid-2016. 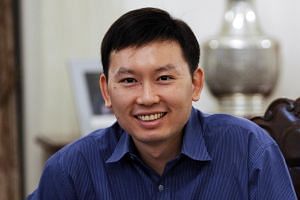 The hepatitis C outbreak at SGH, first detected in mid-May but reported to the MOH only in September, affected 25 renal patients and may have caused the deaths of seven. 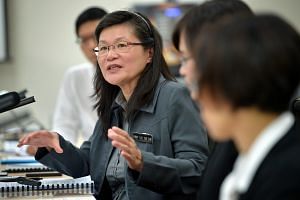 In its report released on Tuesday (Dec 8), the Independent Review Committee found that lapses at SGH had led to the outbreak. These included gaps in infection prevention and control practices, failure to recognise the outbreak, inadequate investigations and delays in notifying the higher authorities in the hospital and ministry.

The committee noted that a contributing factor was the nature of hepatitis C, a liver infection that does not have obvious symptoms.