SINGAPORE - A dentist will be suspended for one year for making false Medisave claims to cover the cost of a patient's dental implants.

The woman had seen Dr Steven Ang Kiam Hau, who practised at The Smile Division Dental Surgeons@Orchard in 2014.

He recommended four implants for her which would have cost $22,100. Medisave would not have covered the total cost, so she suggested that he made more claims against her husband's Medisave account to cover the difference.

However, two months after consulting him, the woman changed her mind about getting the implants. Dr Ang then returned the money he had claimed from Medisave to the couple.

Interestingly, the woman then made a complaint about him to SDC in December 2014, which was to eventually lead to his suspension.

Dr Ang said he made the false claims only because he wanted to help the woman. He claimed to have performed 11 implants on her and 11 on her husband between Aug 15 and Sep 30, 2014. 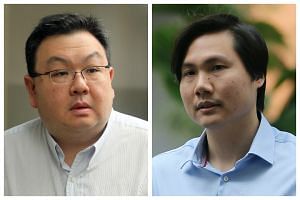 But an audit by the Ministry of Health, which SDC said was "tedious and involves substantial resources", found no clinical notes to support his claim of having done 22 implants.

Even though he claimed the suggestion to make false claims came from the patient, and he returned the money, SDC's disciplinary committee said Dr Ang's conduct was dishonest and merited suspension.

It said: "The Medisave scheme relies on the honesty and integrity of approved medical practitioners to make accurate and genuine claims."

Dentists, it said, are "gatekeepers" to the scheme that allows patients to withdraw money for approved treatment.

It added that it is difficult to detect such fraudulent claims.

Shortly before the disciplinary hearing on April 4, the dentist pleaded guilty to the four charges.

His lawyer from Drew & Napier said in mitigation that Dr Ang had been altruistic, had not harmed the patient and had made full restitution to the patient "prior to her complaint being lodged".

The SDC's counsel from Colin Ng & Partners asked for a 12-month suspension and a fine of $25,000, given the dishonesty involved.

The disciplinary committee said Dr Ang should have counselled the patient on the need to top up the amount that could not be claimed from Medisave.

It added that it was evident that Dr Ang "had wilfully elected to shun his duty as an approved medical practitioner under the Medisave scheme in preference to assisting E (the patient) to defraud the CPF Board".

Such "deplorable" conduct undermines the standing of the dental profession and a "strong signal must be sent", the committee said, against deception to obtain unauthorised Medisave monies.

It decided to suspend him for 12 months and fine him $25,000. It also censured him and required him to pay the cost of the hearing.

Dr Ang is one of three dentists at the Smile clinic who, together with the company's manager, were charged last year with cheating the Central Provident Fund Board by submitting multiple fraudulent Medisave claims.

Where Dr Ang is concerned, the charge is for an amount totalling $434,241. The case has not been heard in court yet.

Correction note: This article was edited for clarity.