SINGAPORE - Covid-19 clusters at places with vulnerable people, such as healthcare institutions and nursing homes, remain a concern despite high vaccination rates this year, say experts.

Six out of seven large active clusters with new cases that the Ministry of Health (MOH) on Monday (Oct 25) said it was closely monitoring involved such settings.

Asked how spread might have occurred in the various clusters, Professor Dale Fisher, a senior consultant at the National University Hospital's Division of Infectious Diseases, said that similar locations around the world have also become clusters.

"In these settings, it is difficult to implement many of the measures including masks and social distancing. There may be poor ventilation and they may sleep and eat in larger groups. It is not surprising that the virus will thrive in settings where transmission is easiest," he said.

But Professor Josip Car, who is director of the Centre for Population Health Sciences at the Lee Kong Chian School of Medicine, said that clusters are usually formed as a result of factors inside and outside of the cluster itself.

"If community transmission in the population is not strongly managed, we will continue to see such clusters appearing," said Prof Car, who is also a professor in digital health sciences.

For instance, staff at nursing homes may also catch the virus outside of their workplace and may then inadvertently infect nursing home residents.

He added: "Vaccination, while critical to the fight, is not a panacea. We cannot discount the potential for it to complicate the situation because a vaccinated person who is infected, being more likely to have an asymptomatic or very mild infection, may be a source of transmission in the community.

"It is therefore very important that we do not drop our guard just because we're vaccinated."

He said: "I actually do not think that spread is more likely to occur in these places, but instead the surveillance with frequent and aggressive testing is more systematically performed in these places, given the residents and patients are more vulnerable should they be infected."

Both he and Prof Fisher, who is also a professor of medicine at the NUS Yong Loo Lin School of Medicine, said that the fact that the clusters formed in these locations is a cause for concern, because the people there are less able to fend off the infections, and are more likely to develop symptoms and severe disease when infected.

Prof Car said, however, that the fact that vulnerable groups are more susceptible to illnesses and severe outcomes should not be a cause for alarm as the health services are prepared to handle this.

"We should continue to do what we know best to better protect the lives of the vulnerable through vaccination, infection controls, detection, and ensuring access to healthcare," he added.

Prof Teo and Prof Fisher noted that those who are vaccinated against the disease have a much better chance of survival than last year, when everyone was unvaccinated.

But Prof Teo cautioned that despite this, some patients will still require medical attention to avoid their condition worsening.

"This is exactly the reason why testing happens more routinely in these settings in order to identify infected people early, to minimise further spread and to ensure care is given to the infected as early as possible to improve outcomes," he said, adding that the situation in the clusters should be monitored carefully.

The experts said that a combination of vaccination, safe management measures, and ensuring visitors are vaccinated and test negative is important to help places with vulnerable populations protect themselves from the virus.

Prof Car also noted that there is another issue at hand - the mental health of vulnerable population groups.

Citing reports which found that lockdowns and isolation have an impact on the mental health of the elderly, he said: "We do a great job trying to keep up with the contact tracing, isolating, mask wearing and other physical measures, but let's also not neglect the needs of people, especially the vulnerable ones for social inclusion."

Prof Car said: "The best protection is to be healthy both physically and spiritually, be happy and do not let fear debilitate us more than the virus."

He added that Singapore can draw some takeaways from how it lives with dengue, which is also a potentially fatal disease with a wide range of symptoms.

"Dengue is taken seriously in Singapore, with laws to prevent its spread; Singaporeans take dengue measures in our stride. The disease may be different, but psychologically we should not fear it and be balanced in meting out measures that would not cripple our mental health and way of living," he said. 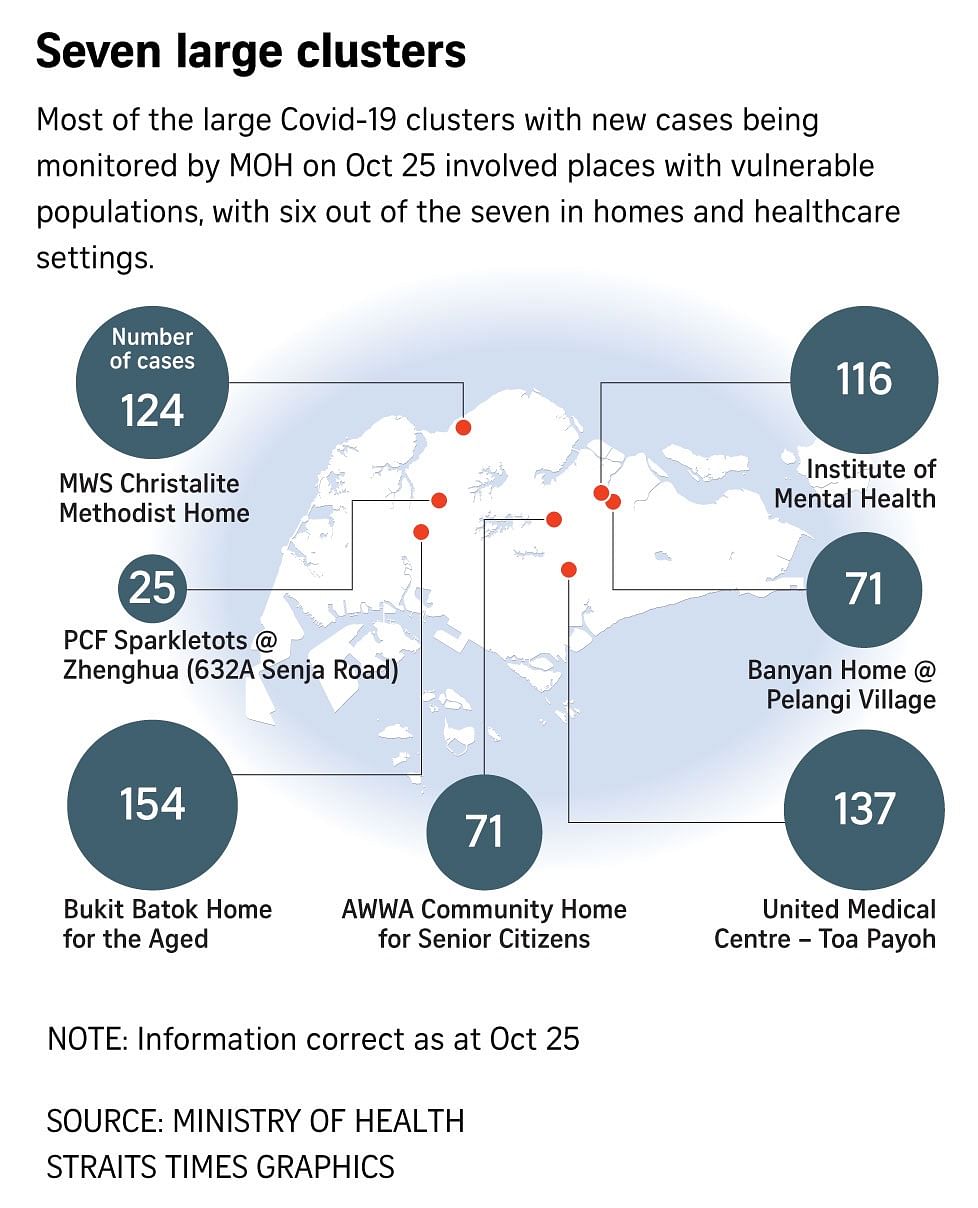