SINGAPORE - As more Covid-19 vaccines have been added to the World Health Organisation's listing for emergency use, new questions have emerged on how these vaccines should be best deployed.

For instance, some countries are planning to use different vaccines for first and second doses because of concerns over vaccine supply or side effects linked to a particular vaccine. Others believe that combining vaccines may confer broader, more long-lasting immunity to the virus.

Canada has given the green light for people who received a first shot of AstraZeneca's vaccine to get a different vaccine for their second dose, citing concerns over rare, potentially fatal blood clots linked to the AstraZeneca product.

In Britain, a study led by Oxford University is looking at the impact mixing vaccines could have on the body's immune response, among other things.

Another topic of much study is how effective vaccines are against the various viral variants. In Singapore, there is also the issue of whether the Sinovac vaccine - which has already been paid for and delivered - might be a good alternative for those who cannot take either the Pfizer-BioNTech or Moderna vaccine due to allergies.

Here are answers to some of these questions.

Q: Can I mix vaccines from different manufacturers, and what happens if I do?

But much remains uncertain. For instance, scientists do not know what the actual efficacy rate of protection against Covid-19 is when vaccines are used this way. It is also unclear how the order in which the vaccines are given can impact the body's immune response, he said.

"But currently, we do not have information on the strength and quality of immune responses to different combinations of vaccines, so it is not advisable to mix and match vaccine types, unless there is a medical reason to do so."

The Oxford study found that side effects such as chills, headaches and muscle pains were reported more frequently among those who took a combination of the Pfizer-BioNTech and AstraZeneca vaccines, as compared with those who took two doses of the same vaccine.

Q: I have already had two doses of one vaccine. Can I take a third dose of a different vaccine to get extra protection?

A: There is also no evidence that a third vaccine dose will improve one's level of immunity against Covid-19, Prof Ooi said. This is especially since vaccine efficacy for the Pfizer-BioNTech and Moderna jabs - both of which make use of mRNA technology - is already as high as 95 per cent.

He added that the genetic sequence of the spike gene for the other vaccines that have been given special access for use in Singapore is similar to what is being used in the two existing mRNA vaccines.

Q: Has mixing vaccines ever been done?

A: Yes, for viruses such as the human immunodeficiency virus (HIV) and Ebola.

According to the Gavi vaccine alliance - which runs the global Covax vaccine-sharing programme with the World Health Organisation - protecting against HIV requires a complex immune reaction that would be "near impossible to achieve with one type of vaccine". This is why the best HIV vaccine available now is a combination of different types.

The same goes for Johnson & Johnson's Ebola vaccine, which is also a mixed product.

Q: Would the Sinovac vaccine be more suitable for me if I have allergies?

A: Scientists have suggested that allergic reactions may be triggered by lipid nanoparticles in the Pfizer-BioNTech and Moderna vaccines - an ingredient that helps protect mRNA molecules and allows them to enter human cells.

This means that "some diversity" in vaccine types would be useful, said Dr Danny Soon, a member of the Expert Committee on Covid-19 Vaccination, earlier this week. This includes inactivated virus vaccines such as the Sinovac one, where an actual virus sample is taken from an infected patient and cultivated. It is then inactivated so that it cannot replicate or cause disease.

When vaccinated, the body reacts to specific proteins that remain around the "shell" of the virus to mount an immune response.

Q: How effective are the vaccines against viral variants?

A: The evidence so far suggests that viral variants may evade the ability of the body's antibodies to neutralise infection, but cannot fully escape its overall immune response, Prof Ooi said.

He pointed out that neutralising infection is just one of the many protective functions mounted by our body's immune response.

For instance, antibodies can trigger other components of the immune system to kill infected cells, which will limit the spread of infection. Killer T-cells, which are a type of white blood cell, can also effectively remove infected cells and the viruses within. 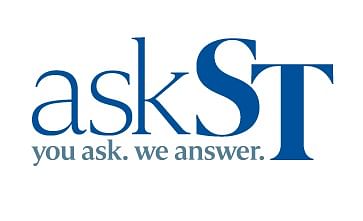 "Vaccines that generate good antibody and T-cell responses, such as the mRNA vaccines and viral vector vaccines, are thus likely to be effective even against the variants," Prof Ooi said.

Pfizer and Moderna both make use of mRNA technology, while AstraZeneca and Johnson & Johnson make use of what is known as a viral vector. Under this method, the coronavirus' DNA is inserted into a host virus. When vaccinated, the body produces certain proteins against which it mounts an immune response.

Preliminary data from places with high vaccination rates suggests that despite the genetic differences among Covid-19 variants and the associated increase in infectiousness, such vaccines remain highly effective in preventing symptomatic infection and the development of severe disease, Prof Ooi added.