In the first of this four-part Q&A series, Parkway Cancer Centre medical oncologist Dr Richard Quek explains what to expect during a cancer relapse

How common is it for cancer to return after a five-year-long remission?

The odds of a cancer recurring again after initial treatment depends on many factors including the type of cancer, the initial stage of the disease and the treatment rendered. Many patients are cured with initial treatment and do not relapse. For those who relapse, they typically recur within five years of the initial diagnosis. But some peculiar cancers, especially those less aggressive in nature, may relapse later, beyond the usual five-year window.

We know that early-stage disease and prompt appropriate treatment will reduce cancer relapse in the long term, so it is crucial to go for screening, identify cancer at an early stage and initiate treatment to ensure the best outcomes.

When cancer recurs, does it mean that it is likely late-stage cancer?

In the alternate scenario, where the relapse occurs at a distant site away from the initial location such as the lungs, liver or bones, it is considered a disease spread. In this setting, it is a late-stage disease.

What’s the difference between recurrence and progression?

The difference is slight, but both signify cancer worsening.

Recurrence occurs when the initial tumour is completely eradicated after initial treatment, yet returns after a period of time.

Progression is where there is already a tumour in the body, and over time, cancer worsens.

Is having cancer considered a death sentence?

In the modern era, with early cancer detection and improved treatment, cancer is no longer a death sentence. With the appropriate treatment, patients can overcome cancer and lead normal lives following treatment.

Are young patients more prone to relapse or develop second cancer in the latter part of their lives?

Many of the cancers that afflict younger people can be cured, including leukaemias, lymphomas, sarcomas and germ cell tumours. Such patients go on to lead normal and healthy lives. Many start a family and have children. So, it would not be accurate to say young patients are more susceptible to a relapse.

But cancer treatment, including chemotherapy and radiation, does bring some long-term side effects which include a small risk of second cancers. The frequency of such an occurrence is very low, and tends to occur years or decades after the initial treatment.

Can cancer recurrence be prevented?

Cancer relapse depends on the type of cancer we are dealing with, stage of disease, the initial treatment rendered etc. We know that early stage disease and prompt appropriate treatment will reduce cancer relapse in the long term. Hence, it is crucial to go for cancer screening, identify cancer at an early stage and initiate treatment to ensure the best cancer outcomes.

Look out for the next instalment of this series on Mar 18 2021, where our doctor will answer questions relating to gastrointestinal cancers. Submit your question by clicking on the ad above or here, and it could be featured. 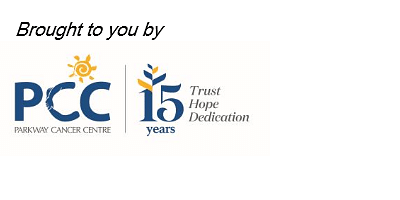