When the National Public Health Unit (NPHU) put out an advertisement for a new head medical officer in October 2011, there were two qualifications required.

Applicants needed to have a basic medical degree with at least a conditional registration with the Singapore Medical Council, and two years of clinical experience.

The advertisement published in The Straits Times described the role: "In this position, you are responsible for monitoring and reporting on the human immunodeficiency virus epidemic in Singapore, as well as the analysis of HIV transmission patterns.

"You will also review existing HIV surveillance systems and propose the implementation of new ones, where necessary.

"In addition, you are required to oversee the HIV contact tracing and partner notification programme."

The advertisement also said that the unit maintained the national HIV Registry.

The doctor who is at the centre of the HIV Registry leak, Ler Teck Siang, took on the position in March 2012.

Then 30, he had been a doctor for nearly seven years, having graduated from the National University of Singapore in 2005. He remained the unit's head until May 2013.

According to an UNAids report, the NPHU was set up by the Ministry of Health (MOH) in September 2008 under its Communicable Diseases Division in order to enhance the surveillance and control of HIV.

A spokesman for MOH said that the unit was responsible for carrying out public health measures such as data analysis, contact tracing and the enforcement of legal orders under the Infectious Diseases Act.

According to MOH, there were 11 employees under Ler when he was the unit's head in 2013. 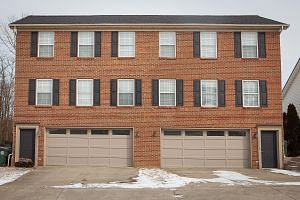 American at centre of HIV data leak traced to Kentucky

Insurance firms here promise not to use leaked HIV data

The NPHU, which was located at 142 Moulmein Road beside the old Communicable Disease Centre, has since been renamed the National Public Health and Epidemiology Unit (NPHEU). It is now part of the new National Centre for Infectious Diseases located opposite Tan Tock Seng Hospital.

Some of these infectious diseases include HIV, tuberculosis and sexually transmitted infections. MOH said that the HIV Registry is the only such registry under the NPHEU. It is unclear whether similar registries exist for other diseases.

The ministry added: "NPHEU works with MOH, other governmental agencies as well as healthcare professionals and institutions to ensure data accuracy and completeness in the HIV Registry.

"The data managed by NPHEU can be accessed only by selected NPHEU staff and is governed by stringent access controls."

In addition to the former NPHU's functions, the NPHEU also has expanded functions, such as managing the national surveillance programme for emerging infectious diseases and providing recommendations to support national strategies for preventing and controlling communicable diseases, MOH said.