They are being pulled over trace amounts of impurity, but HSA advises patients not to stop taking them as immediate risk is low

Three brands of a medicine prescribed for high blood pressure are being recalled because they contain higher than acceptable amounts of nitrosamine impurity, which can potentially cause cancer.

The three brands are Hyperten, Losagen and Losartas, which come in 50mg and 100mg tablets.

As the recall might affect supply, the Ministry of Health (MOH) is advising doctors to prescribe only a month's worth to patients for the next six months.

Patients taking these three brands of Losartan are also advised not to stop taking the medicine as the immediate health risk is low, the Health Sciences Authority (HSA) said in a statement yesterday.

The MOH said that of the 137,000 patients on the three brands of contaminated Losartan, about 130,000 had been prescribed Losartas at public hospitals and polyclinics.

Patients whose next appointment is before July 1 should wait till then to speak to their doctor, who will advise them on suitable alternatives, it said. Those who have appointments from July 1 "will be contacted for an earlier consultation and/or medication review".

The HSA said the affected tablets contain a Losartan ingredient made by Indian pharmaceutical company Hetero Labs that showed trace amounts of impurity.

The HSA said that several Losartan medicine have been recalled overseas since the end of last month. It tested all Losartan products here.

The tests, completed on March 21, showed that only three brands were affected. The other seven brands on the market are safe.

It has also tested other drugs within the same class of hypertensive medication, such as Valsartan, which has been recalled in some foreign markets, and found them fine.

Meanwhile, the MOH said the public healthcare sector has made additional orders of unaffected brands of Losartan. 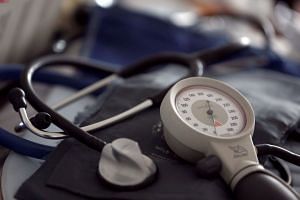 To ensure that all patients have medicine for controlling their high blood pressure, the MOH has advised doctors to prescribe the medication on a one-month basis.

It said: "This ensures that patients in all settings are able to promptly receive the medication they need. This may be the practice for the next six months."

Public sector patients will be refunded if they return the affected medicine. Replacement medicine "during the interim period" will be charged at the same or lower price.

The MOH added: "Charges incurred for services such as additional consultations or tests to assess suitability for a switch in medicine will also be waived."