SINGAPORE - The Health Ministry has established a 13-member committee to help come up with "reasonable" national benchmarks for medical fees.

The committee members include medical doctors, academics and representatives from the Government, as well as insurance and non-profit sectors.

The first set of fee guidelines for common medical procedures will be ready by the second half of this year, said Senior Minister of State for Health Lam Pin Min on Sunday (Jan 21).

These procedures account for 80 per cent to 85 per cent of operations at all hospitals here.

The coverage will be gradually extended following this first release, and could eventually include benchmarks for consultation fees and laboratory tests, said Dr Lam.

"The committee members were selected based on their diversity of expertise,” he said. “They will take reference from publication of total operation fees on the Health Ministry’s website."

Dr Lam was speaking on the sidelines of a scholarship awards ceremony in Sengkang.

The Singapore Medical Association used to publish fee benchmarks for doctors. However, these were withdrawn in 2007 as they were deemed anti-competitive.

The new guidelines will not run afoul of these laws because they are backed by the Health Ministry itself. 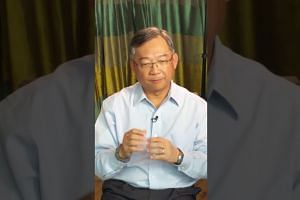 MOH to introduce benchmarks for fees charged by doctors from 2018

Currently, the Health Ministry publishes on its website total operation fees for a variety of procedures. These help patients decide if their bills are considered large.

Said Dr Lam: “We would like to urge patients not to just look at price, but they have to look at their needs as well.”

He added that doctors who charge above the benchmark for a certain procedure should have “strong justification” – for instance, if the operation is unusually long or complex.

The new committee will be chaired by Dr Lim Yean Teng, a cardiologist in private practice who has worked in the public sector for 24 years.

“We hope our work will play a part in addressing the issue of rising healthcare costs, and keep costs sustainable,” Dr Lim said.

Committee members will look at past transacted data and trends on fees to come up with their recommendations.

They will also consult other experts if necessary.

The members plan to meet once a month to work out initial details, with the first meeting scheduled to occur one or two months from now.

Said one of the committee members, Dr Phua Kai Hong: “Healthcare is something where people expect the Government to intervene in terms of guaranteeing the quality and making it affordable.” Added the health economist and faculty member at the Lee Kuan Yew School of Public Policy: “If the Government just lets the market decide, you are going to have a few black sheep.”

“We know that Malaysia is developing and Thailand has got their own branding as well. We want to remain competitive too,” said Mr Zainul, who is non-resident ambassador for Kuwait and the Foreign Minister’s Special Envoy for the Middle East.

Members of the committee