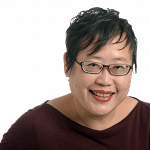 If your grandfather had migrated to Singapore at the turn of the 20th century, and your father was born in the city-state, would that not make you Singaporean?

Well, not exactly, in the case of Yemeni-born chartered accountant Ameen Talib, who spent most of his early life in Yemen.

All told, Dr Ameen actually grew up in three countries: He was born in Yemen and lived there until he was 10, then continued his education in Singapore between the ages of 11 and 14 before his family moved to Egypt, where he lived until he was 20.

My parents sent us to missionary schools because they had very good moral teachings. There was always a priest walking around there and, as a kid, before you swore, you looked at the priest and held your tongue!

Dr Ameen, who is now 53 and a board member of the National University of Singapore's (NUS') Middle East Institute, says: "As a child, I knew that all my father's family was in Singapore, our wealth was in Singapore and our income came from Singapore.

"At home in Yemen, if there was news on TV and Singapore was mentioned, it would be, 'Eh, turn up the volume!'"

But Dr Ameen, who was born in the South Yemeni town of Hota in 1962, would have to wait 33 years to become Singaporean.

Most Singaporeans of Arab descent like him hail from the South Yemen region of Hadhramaut, and are known to be honest, adventurous and enterprising, making their fortunes in India, Indonesia and Singapore by trading in textiles, timber and spices.

Dr Ameen's grandfather, Sheikh Sallim Talib, came to Singapore in the early 1900s, after having made his fortune first in Indonesia.

In 1937, Sheikh Sallim took that wife and their 10 children back to South Yemen but, before they could settle there, he died.

The family took that to be a bad omen and returned to Singapore, where they had a private trust, the Sallim Talib Family Settlement.

In 1955, when Dr Ameen's father Ali turned 35, he returned to South Yemen and married his second cousin Khatijah. They had five children, all sons: Murtadha, born in 1957; Saadeldeen, in 1959; Helmi, in 1960; Ameen in 1962; and Shawqi in 1963. Today, Mr Helmi is a public accountant in private practice and is also Singapore's non-resident ambassador to Yemen.

Madam Khatijah, now 70 and a Singapore permanent resident, lives a few doors away from Dr Ameen in Bukit Batok.

Throughout his 10 years in Yemen, Dr Ameen's daily diet was not Arab but Indonesian food such as sambal goreng, satay and lontong.

"There's even a belacan factory in Tarim," he notes of the Yemeni town from where most of Singapore's Arabs hail.

Growing up, Dr Ameen remembers his father, who was known as a "Singafuri" or "one from Singapore", shuttling between Yemen and Singapore for business.

Then in 1967, South Yemen gained its independence from Britain but, alas, turned communist.

So in 1972, his father brought his family to Singapore.

Dr Ameen was then in Primary 5 and he and his brothers were enrolled in St Anthony's Boys' School.

He said: "My parents sent us to missionary schools because they had very good moral teachings. There was always a priest walking around and, as a kid, before you swore, you looked at the priest and held your tongue!"

Dr Ameen's father insisted that his sons study at a local, not expatriate school, and learn the local language, which was then Malay.

"To my parents, Singapore was home and there was no such thing as getting exemption from learning the Malay language here just because we were Arabs."

Slowly but surely, he mastered Malay by watching P. Ramlee movies on TV every week, which had English subtitles.

"As a young boy, it was difficult in the beginning. But I managed," he recalls.

Then in 1976, his father resettled his family in Cairo, Egypt because he had to take care of some family property there and was also miffed that his eldest son, Murtadha, had not been given Singapore permanent residency and so had to leave right after his studies here.

Of his Cairo days, Dr Ameen recalls: "Despite being surrounded by fellow Arabs, we had a culture shock. We didn't have a social network there and so didn't feel part of the country."

Still, his family persevered and he went to Ain Shams University in Cairo. Upon graduation in 1983, he left for London where he did his master's and chartered accountancy courses, and then worked with accountancy firm KPMG.

In 1990, he moved to Singapore and, after six months with KPMG here, went on to work with its rival, Ernst & Young.

Then he joined NUS' business school as a lecturer, which gave him paid study leave to do his PhD at Britain's Warwick University.

By then, he really felt "a part of the Singaporean family", and was so passionate about giving back to the country that, in 1995, he anchored an Arab Association of Singapore conference on the same day that he wedded his Malay wife Fatimah Jumaat.

That same year, he became a Singaporean, after applying for citizenship in 1994.

Dr Ameen first met his wife when he visited Singapore in 1986.

She was then a waitress at the now-defunct restaurant Aziza's.

By then, her Malay parents had divorced and her mother had remarried a Briton, and so had British citizenship.

Shortly after Dr Ameen married, he and his wife left for Britain for his PhD, and his son Aiman was born there in 1999.

As Dr Ameen's mother-in-law is British, Aiman could have opted for British citizenship. But Dr Ameen would have none of that. He says: "I did not opt for that because I wanted to make sure that my son grows up a Singaporean."

A version of this article appeared in the print edition of The Straits Times on September 24, 2015, with the headline He learnt how to speak Malay from P. Ramlee movies. Subscribe