Singapore society faces new challenges in staying united in the face of emerging social trends, and this calls for fresh responses from the country's grassroots network.

To counter this, people need to be educated so that they take responsibility when forwarding messages, verifying information before doing so.

"Then there's also the community effort, where we must come together to verify some of this information, to provide the cross-check for each other," said Mr Chan, who is also Minister for Trade and Industry.

Referring to an incident two years ago - when a hoax photo of a collapsed roof at a housing project in Punggol was circulated online - Mr Chan said community leaders can step up to dispel such untruths.

Then there's also the community effort, where we must come together to verify some of this information, to provide the cross-check for each other.

He said a "verified, trusted source of information" is needed and community leaders can play a useful part because "they are on the ground and they know the situation".

Mr Chan was speaking to reporters after the Grassroots Seminar held at the Singapore Expo, an annual event to chart the strategic direction for PA and grassroots organisations for the next year.

One is the rise of religious extremism or exclusivism which "means that people are more and more comfortable mixing around only with people of the same kind", Mr Chan said.

The challenge facing the PA is how to "draw people out from their shell" to build a cohesive community as one Singapore, he added.

Another challenge is the plethora of causes in society, which are championed by different groups of people. Each in itself is good, said Mr Chan.

The challenge here is for each group to have "a sense of perspective of the overall challenges facing the country" so that when they champion their respective causes, it is within the context of helping the country to move forward together as one, Mr Chan said.

The last challenge is enhancing social mixing in Singapore, and how to bring people from different backgrounds together. 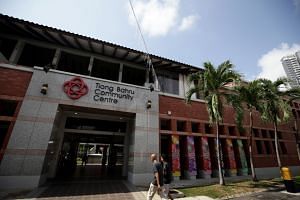 New 'Residents' Networks' a chance for grassroots to rebrand

People's Association to set up database to manage residents' feedback

Mr Chan said the PA is leveraging on technology to maximise the use of its resources. Grassroots organisations are also using data to reach out to people who might not have joined community activities, and to tailor programmes which appeal to participants.

This approach, for example, has helped the advisory committee of imPAct@Hong Lim Green organise activities in the lead-up to next year's launch of the specialised community club, which caters to professionals, managers, executives and technicians (PMETs).

Committee member Anthony Lee, 44, said data on PMETs provided his team with a better understanding of their behavioural patterns and what appealed to them.

This led to a mass exercise session organised by the PA in July which was held simultaneously at 10 locations and attracted more than 500 working professionals.

Mr Lee said: "If we want to organise fitness activities, we need to understand what is their behaviour and perception towards keeping fit. Are they too busy?

"Maybe if the activities are conducted at particular timings and near their workplace, they'll be keen. The data allows us to plan more strategically."