SINGAPORE - The Government is reviewing the way it manages its data, following several cases of mishandled information and breaches.

Details of this review are not yet available but a spokesman for the Smart Nation and Digital Government Group (SNDGG) said more information will be shared when ready.

Responding to queries from The Straits Times, the spokesman said on Friday (March 22): "The Smart Nation and Digital Government Office is currently reviewing the Government's management of data, and will share more when ready."

SNDGG is also conducting a "deeper investigation" to find out why the information of more than 800,000 blood donors here were exposed online for more than two months before the authorities were alerted to it by a cyber security expert.

Secur Solutions Group, the IT vendor which the Health Sciences Authority (HSA) engaged to update the records of  blood donors, did not have adequate safeguards in place when it put the information on an unsecured database.

The SNDGG spokesman said: "The Smart Nation and Digital Government Group is currently conducting a deeper investigation into the incident. The findings will inform us of the measures that need to be implemented and the assistance that HSA will require to rectify the situation."

News about this data management review comes after several recent cases of data mismanagement and breaches. 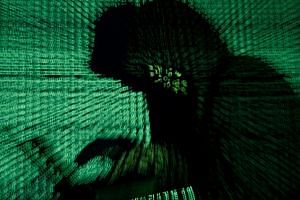 Passwords and usernames of staff from MOH, MOE and other agencies stolen and put up for sale by hackers

On Thursday, ST reported that e-mail log-in information of employees in several government agencies and educational institutions, as well as details of more than 19,000 compromised payment cards from banks here, have been put up for sale online by hackers.

Singapore was hit by its worst cyber attack in June last year when hackers went into the database of public healthcare cluster SingHealth and stole the personal data of 1.5 million patients and the outpatient prescription information of 160,000 people, including Prime Minister Lee Hsien Loong.

Another data breach was reported earlier this year, where the confidential details of 14,200 HIV patients were leaked online by American Mikhy Farrera-Brochez.

Earlier this year, it was also reported that about 7,700 individuals received inaccurate healthcare subsidies under the Community Health Assist Scheme (Chas).

This was due to an error in a computer system administered by NCS, an information technology and communications engineering company and subsidiary of the Singtel Group.