SINGAPORE - The developing world may bear the brunt of a multitude of challenges but it is the responsibility of the global community to help them solve these problems, said Deputy Prime Minister Tharman Shanmugaratnam on Monday morning (July 9).

He said the developing world, especially poorer countries experiencing surges in their younger workforce, may face the most severe challenges in dealing with such situations.

"But if the problems are not tackled effectively in any one part of the world, they will inevitably spill over into the global environment - whether through the spread of infectious diseases, forced migration, or the spread of conflict and insecurity," he said.

He was speaking at the joint opening ceremony of three sustainability events - the World Cities Summit, Singapore International Water Week, and the CleanEnviro Summit Singapore.

At these events held at Marina Bay Sands, global leaders and companies will look at emerging challenges and strategies in dealing with climate change and rapid urbanisation, among other issues.

Some 20,000 attendees from 100 countries, including former United Nations Secretary-General Ban Ki-moon and the mayors of various cities, are expected to attend the conferences.

A range of technological solutions will also be on show including robotic swans that can monitor water quality. 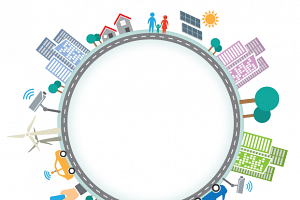 The need to innovate is crucial, especially as risks - such as poorly managed urbanisation, climate change, infectious disease threats, growing young populations that are ill-equipped for the future of work, and unequal rather than inclusive growth in many societies - are coming together and compounding each other, added Mr Tharman.

The global community, whether scientists, governments, non-government groups and the private sector, he said, can contribute innovations and solutions to solving problems elsewhere.

"There is great scope to spread solutions from one city to another, from one part of the world to another," said DPM Tharman.

He cited as an example how this year's Lee Kuan Yew Water Prize laureate American Rita Colwell's research into cholera and water safety has helped improve the lives of millions of people around the world.

And locally, the new Tuas Nexus has found a way to treat both used water and food waste. This increases the amount of biogas - a type of fuel - generated which in turn can power the facility. This raises land productivity, reduces emissions and maximises resource recovery, said Mr Tharman. Such a technology can be employed globally.

"Whether our countries are poor, rich or middle income, there is immense opportunity to learn from each other, to ensure a more sustainable environment, effective investments in human capital, and urban planning that encourages cohesive rather than segregated communities," he said.