SINGAPORE - The authorities convened a four-member Committee of Inquiry (COI) on Tuesday (July 24) to examine SingHealth's cyber attack that led to the biggest data breach in Singapore.

The committee will look into the following areas:

Said Mr Iswaran, who convened the COI: "It is an important step in getting to the bottom of the incident and keeping Singaporeans' trust in our systems." 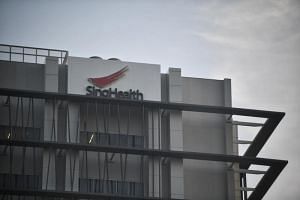 He also emphasised that while the Government is doing everything it can to strengthen its systems, Singapore cannot completely eliminate the risk of another cyber attack.

"This is the nature of this ongoing battle. The would-be attackers are constantly developing new capabilities even as we reinforce our IT systems," said Mr Iswaran at the MCI Workplan Seminar held at Orchard Hotel on Tuesday.

At the yearly seminar, MCI charts its directions that will take Singapore into the digital future.

"It is also crucial that we do not allow this incident, or any others like it, to derail our plans for a Smart Nation," he added.

Mr Magnus had previously chaired the three-man COI that looked into the Nicoll Highway collapse at a Circle Line MRT work site on April 20, 2004. Four workers were killed in the incident.

Other incidents that have been investigated by such high-level committees include the Little India riots in December 2013 and the series of train disruptions on the North-South MRT Line in December 2011.

In a statement on his role, Mr Magnus said: "This is a responsibility that I take seriously. I will work with the COI members to ensure that we fully deliver on this important task which has been entrusted on us."