Several former key executives of Keppel Corp and its offshore and marine units have been arrested in connection with the Singapore authorities' investigation into the corruption scandal involving Keppel Offshore & Marine (Keppel O&M).

The Straits Times understands that they include Mr Tay Kim Hock, former president and chief executive of Keppel Fels Brasil, a wholly owned unit of Keppel O&M. He was arrested by the Corrupt Practices Investigation Bureau (CPIB) and is currently out on bail.

It is understood that more than five others connected with the case are also out on bail.

Mr Tay was president and chief executive of Keppel Fels Brasil from June 2000 to October 2007.

The Straits Times understands that the former executives had been called in by the Singapore authorities to assist with investigations into the scandal, which saw the government-linked company paying US$422.2 million (S$554 million) in fines to the United States, Brazil and Singapore.

Some of the individuals had given statements to the CPIB as recently as last week and have appointed lawyers to represent them. The lawyers are from firms including WongPartnership and Withers KhattarWong.

The matter will be referred to the Attorney-General's Chambers (AGC) to decide if charges are to be filed. 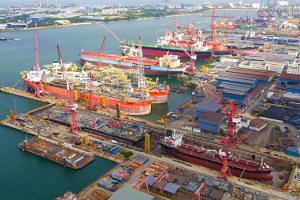 When asked on Tuesday if several individuals had been arrested, both the AGC and the CPIB declined comment.

A CPIB spokesman said he was "unable to comment as investigations against the individuals involved are still ongoing".

A Keppel O&M spokesman said yesterday: "We are unable to comment on any investigations by the authorities."

In December last year, Keppel O&M reached a global resolution with law enforcement agencies in the US, Brazil and Singapore in relation to corrupt payments made by a former agent in Brazil.

From 2001 to 2014, Keppel O&M paid US$55 million in bribes to secure contracts with Brazilian oil giant Petrobras.

In Singapore, Keppel O&M accepted a conditional warning from the CPIB. This was issued in lieu of prosecution for corruption offences punishable under the Prevention of Corruption Act, and part of the global resolution, said the AGC and the CPIB.

But the authorities also said then that "investigations in respect of the individuals involved are ongoing".

After news broke about the global resolution, some observers raised public concern over what was perceived to be lenient treatment given to Keppel O&M despite the large sums of money involved and the blow to Singapore's reputation.

When the matter was raised in Parliament on Jan 8, Senior Minister of State for Finance and Law Indranee Rajah refuted this perception, noting that aside from the penalties levied on the company, certain individuals were being investigated.

"That outcome has not been determined... Nobody has got off - or not got off, as the case may be," she said at the time. 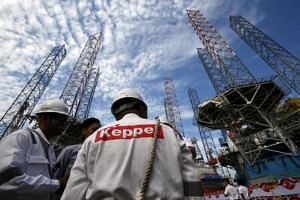