SPH Brightcove Video
For the past 16 years, Mr Chua Kheng Lee has worked 13-hour days, travelling to up to 14 locations a day to sell his ice cream, for which he still charges only 50 cents. 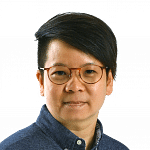 How Mr Chua Kheng Lee went into the ice cream trade was serendipitous, to say the least.

He was a successful renovation contractor until the Asian financial crisis hit in 1996.

Desperate to support his family, he became a taxi driver, but when the severe acute respiratory syndrome outbreak struck Singapore in 2003, Mr Chua found his supply of passengers drying up.

One day, he was walking along Orchard Road with his wife, Mrs Chua Ah Suan, 62, when he saw an ice cream seller enjoying brisk sales in the sweltering heat.

Sensing an opportunity, Mr Chua obtained a licence from the National Environment Agency to operate a mobile ice cream cart.

At first, his lack of experience showed. "One customer threw away the ice cream after just one bite," the 56-year-old recalled. The problem, he realised later, was that his product was too soft.

The solution was to wake up earlier and put more dry ice in the cart.

Of the 13 hours that he works each day, rain or shine, Mr Chua spends two hours in the morning wrapping dry ice blocks in brown paper and restocking supplies at a wholesaler in Joo Chiat Place.

From his home in Bedok, he rides his motorbike cart to 14 different spots around the area.

At 2pm, for instance, pupils from Yu Neng Primary School queue up alongside parents and even teachers for a taste of nostalgia.

Mr Chua serves ice cream in the traditional ways, such as wrapped in bread, or sandwiched between two wafers, in addition to the standard wafer cone.

Customer satisfaction is what keeps him motivated. That is also why, amid rising costs, the price of two scoops of ice cream in a cone has remained at 50 cents since he started selling ice cream in 2003.

"People think it's easy money. It's not," he said. "There is a lot of preparation involved, and the hours are long. No one sees that."

Customers appreciate his hard work. Student Willie Wee, 24, leaves his Bedok flat and buys four servings of ice cream for his family each time he hears Mr Chua's familiar bell. "I have been eating his ice cream since I was a kid," he said.

Mr Chua has even developed an online presence after a friend's son set up a Facebook page for him.

He now gets requests to sell his ice cream at charity events, birthdays, school sports days and weddings.

"People are drawn to the nostalgia of seeing pushcart ice-cream. Customers approach me to tell me how much they enjoy the ice cream and help spread the word," he said.

Despite an uncertain future, he remains upbeat and confident about two things: Ice cream will never go out of fashion, and his best-selling flavours will remain raspberry ripple, chocolate and peppermint.

A version of this article appeared in the print edition of The Straits Times on September 03, 2018, with the headline For veteran cart seller, ice cream 'will never go out of fashion'. Subscribe