SINGAPORE (THE NEW PAPER) - The sudden death of a successful Singapore businesswoman in Hong Kong has shocked her family and friends as she had seemed well before the trip.

Ms Linda Koh, 36, who was respected and well-liked, was found unconscious in her hotel room while on a business trip there last Saturday (Nov 12). She was taken to the island's Queen Mary Hospital but died soon after, reported Shin Min Daily News.

Ms Koh was the managing director and successor of family-run local business KSP Marketing, which specialises in processing pork and other chilled or frozen meat products.

The divorcee, who was the third generation to helm the family business, leaves behind a young son and daughter.

The Chinese newspaper reported that Ms Koh had flown to Hong Kong last Wednesday for work, and had arranged to meet an old friend from her university days.

On Saturday morning, she had breakfast with friends before returning to her hotel room. 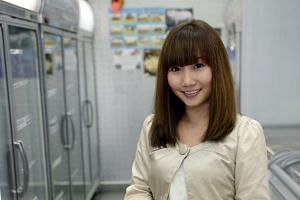 When she did not come out later, a friend got the hotel management to open the room door, and they found her unconscious.

Hong Kong police told local newspaper Oriental Daily that the room was not in a mess, and they did not rule out the possibility that Ms Koh had collapsed suddenly.

They said the autopsy report would be able to confirm the cause of death.

Shin Min reported that Ms Koh's younger brother and ex-husband flew to Hong Kong on the night of her death to identify the body, but were told they had to wait a few days for the autopsy to be completed.

They are expected to return to Singapore on Thursday with her body.

The Singapore consulate in Hong Kong said they were aware that a Singaporean had died there over the weekend, and were in touch with the deceased's next-of-kin.

Her father, Mr Alan Koh, 74, told Shin Min that his eldest daughter had a history of hypertension but had seen a doctor and was taking medication.

While she was in Hong Kong, Ms Koh had called her family here every day and chatted with her children.

Mr Koh said his daughter was supposed to return to Singapore on Saturday evening. But at around 11pm, the hotel in Hong Kong called to inform the family that something had happened to her.

He thought it was just a minor illness. They were then told she was taken to hospital and had died.

One of Ms Koh's friends told The New Paper yesterday that she was an affable woman and a vivacious boss who was always coming up with new ideas for the family business.

Mr Aydan Ang, 31, who owns a design studio, started working with her a few years ago when she wanted to re-brand the business.

They met four years ago when she was a student at a music school where he used to give vocal lessons and had kept in touch.

He said she was an avid cook who cared deeply for others and was always game to try new things, whether it was a business idea or a recipe.

"She would always share her happiness, dreams and passion with her friends and family. Everyone thought highly of her. And she was very down-to-earth and very hands-on in her business," said Mr Ang.

He said he had heard about Ms Koh's death around 5pm on Saturday from friends.

He said: "It was very shocking. When I met her two weeks ago, she was upbeat and appeared healthy.

"I couldn't believe it. I even left her a text after hearing the news, just to check on her. But there was no reply. One of her staff members later confirmed (that she had died)."

Another friend, Mr Amos Goh, 36, a cook, said he had known Ms Koh for about seven years and she had visited him at his restaurant about three months ago.

Calling her a loyal friend, Mr Goh said she had helped him look for employment after he lost his job previously.

He said in Mandarin: "It's really sad to lose a friend like her."