SINGAPORE - To cater to the expected throng of shoppers during the Chinese New Year period, supermarket chains NTUC FairPrice, Giant, Cold Storage and Sheng Siong will extend the operating hours of their stores islandwide.

At FairPrice, shoppers can pick up groceries even on the first day of Chinese New Year on Jan 25, as 114 of its stores will stay open, said the supermarket chain on Friday (Jan 10).

Of these 114 outlets, 82 will be open until 5pm, 24 will do so round the clock while eight will open from 7am until closing time.

On the eve of Chinese New Year, 123 FairPrice stores will remain open until 5pm and 24 will operate round the clock.

On the second day of Chinese New Year, 147 FairPrice stores will be open.

In addition, 51 of its stores will operate until midnight from next Wednesday (Jan 15).

Shoppers can get more information on www.fairprice.com.sg/events/in-store/cny-hours

Meanwhile, all Giant supermarkets in Singapore are open on the eve of Chinese New Year as well as the first three days of the festive holidays. 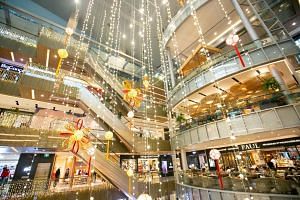 People can refer to the website www.giant.sg/cny/extended-service-hours for more information.

As for Cold Storage, Market Place and Jasons as well as Jasons Deli outlets, all 49 will be open on Chinese New Year's Eve

On the first two days of Chinese New Year, all the stores will be open except the outlets at One North, Takashimaya and Marina Bay Link Mall.

Every outlet and store will resume normal operating hours from Jan 27.

More information can be found at https://coldstorage.com.sg/media/uploads/files/cny-opening-hours.pdf

At Sheng Siong, 53 of its 55 stores have started round-the-clock operations, except for Loyang Point and Junction Ten, where they will start on Jan 21 and Jan 23 respectively. The stores will stay open round the clock until Chinese New Year's Eve, when they will close at 4pm.

On the first and second days of Chinese New Year, 23 Sheng Siong stores will open from 8am to 6pm.

All its outlets islandwide will resume normal operating hours on Jan 27.

More information is available at http://www.shengsiong.com.sg/news/115/Lunar-New-Year-Operating-Hours.html.