SINGAPORE - Facebook will launch a new operations centre here to monitor and manage content related to political elections in the region, a move observers saw as a step in the right direction to fighting fake news.

It will be one of two such new regional centres in the world, the other being in Dublin, Ireland.

Facebook said they will serve as an additional layer of defence to fight misinformation and prevent abuse of the social media.

"We have dedicated teams working on every upcoming election around the world, and we have been localising our efforts here in the Asia Pacific to prevent interference on our platform, in countries where there are planned elections in 2019," said a Facebook spokesman on Wednesday (Jan 30), in response to queries from The Straits Times.

The teams detect and remove fake accounts, tackle coordinated abuse and work with fact-checkers to prevent the spread of misinformation, said the spokesman, noting that there were 30,000 people involved in this work which was also aimed at bringing about more transparency and accountability to advertisers.

Facebook has come under fire globally for allowing the spread of fake news on its platform which critics said hampered political elections around the world.

News of the operations centre in Singapore was welcomed by observers and experts in the country, who saw it as a step in the right direction to fighting fake news.

MP Seah Kian Peng, who sits on the parliamentary Select Committee on Deliberate Online Falsehoods, said: "As we all know, this is a real problem with serious consequences and a malice which every society and country is facing.

"We should welcome all media especially social media platforms and technology companies that affirm such a stand and step up their own efforts to address this." 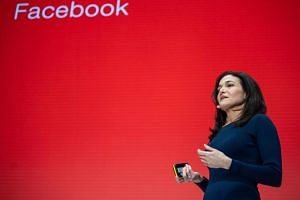 Associate chair of research Alton Chua of the Wee Kim Wee School of Communication and Information at Nanyang Technological University agreed, while noting that every piece of emerging information during an election had the potential to tilt users' perceptions either in favour of or against candidates.

"Under mounting international pressure, Facebook which initially denied its role in allowing the unfettered spread of misinformation, has now agreed to play its part in weeding out falsehood on its network," said Prof Chua.

However, Dr Shashi Jayakumar, head of the Centre of Excellence for National Security at the S. Rajaratnam School of International Studies said the social media giant should try to stay ahead of the curve in outmanoeuvring adversaries who manipulate its platform.

"We have to see if they (Facebook) are simply doing mundane or routine work like removing fake accounts, or whether they try to get much closer to the source of election manipulation, and try to be just as refined," said Dr Shashi.

"What we need is a sophisticated, nuanced understanding of not just current but future threats."