Analysts predict Singapore football fans can expect a sharp jump from the $112 they paid four years ago if they want to watch this year's live telecast of the World Cup.

While broadcasters here have yet to agree on a deal with rights holder Infront Sports & Media - with just four months to the tournament in Russia - other regions have seen the cost of rights jump significantly, experts pointed out.

In Hong Kong, which is a market similar to Singapore, Chinese Internet firm LeEco paid over HK$400 million (S$67 million) to secure the rights for the June 14 to July 15 event, a nearly 30 per cent increase from the reported US$40 million television station TVB paid in 2014 for the tournament held in Brazil. In the United States, Fox Sports paid US$425 million (S$558 million) for rights to the 2018 and 2022 World Cups - but this was before the US team was eliminated from the finals. ESPN had paid US$100 million for the previous two editions.

Not all of this will come out of consumers' pockets, he noted, but "if the rights value for Singapore has increased by a similar amount as in the other major markets, that could be a drastic increase."

Television subscription costs here for the planet's biggest sporting event - the 2014 World Cup drew a television audience of 3.2 billion - have steadily gone up. In 2006, they were between $15 and $25. Four years later, they jumped to between $70 and $94.

One industry insider, who asked not to be named, believes another increase is likely. "I think the price range for a package may be in the $140 to $150 range," he said.

"Anything over $150 is a tough sell, especially given the timings of games (almost half, or 29, of the 64 matches kick off after midnight Singapore time)."

With more and more people using streaming services - both legally and illegally - on digital devices, including smart TVs, there is less reliance on traditional mediums for live sports. 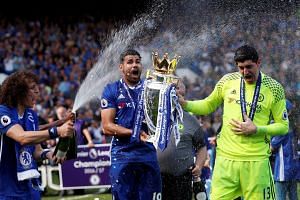 A study last year, commissioned by the Cable and Satellite Broadcasting Association of Asia, noted that two in five people here are actively tuning in to pirated content.

Singapore Management University's associate professor of marketing education Seshan Ramaswami said: "These prices cannot keep on rising forever. There will be some breaking point beyond which the demand will just slip to very small levels.

"So that is the challenge; to pay just about enough (for broadcast rights) to be able to offer attractive prices for enough consumers that advertisers find it worthwhile to buy time during the broadcast."

Singtel declined to comment while StarHub said: "As discussions concerning broadcast rights are commercially sensitive, it is not appropriate for us to comment on details."