Every Housing Board flat will be upgraded twice in its 99-year lifespan, as the Government extends an existing programme to cover more flats and unveils plans to roll out a new one in future.

Prime Minister Lee Hsien Loong yesterday announced that the Home Improvement Programme (HIP) will now cover housing blocks built up to 1997 that reach about 30 years of age. It is currently offered to flats built up to 1986.

This will benefit another 230,000 flats in Tampines, Pasir Ris, Yishun, Jurong and other housing towns.

A new multibillion-dollar programme - HIP II - will be launched in 10 years' time, to cover all flats that are 60 to 70 years old and upgrade them a second time.

"HIP II will keep the flats safe and liveable, and also help them to retain their value as their leases run down," said Mr Lee, who delivered his 15th National Day Rally at the Institute of Technical Education (ITE) College Central campus.

"And it should see the flats through to the end of their leases."

In the longer term, more residents in ageing HDB towns will have the option of selling their flats to the Government before the leases expire.

The Prime Minister unveiled the Voluntary Early Redevelopment Scheme (Vers), which will allow residents in selected precincts to vote on whether to take up the Government's offer to buy back their flats.

Housing experts said the three initiatives - HIP, HIP II and Vers - could help address concerns over the hot topic of expiring leases, as the Government is taking steps to preserve the value of ageing flats. 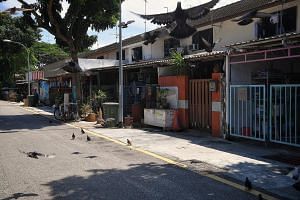 Understanding what happens at the end of a 99-year lease 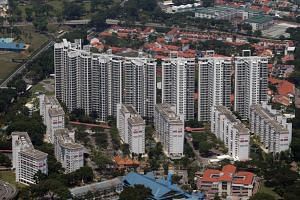 National Day Rally 2018: A novel solution that keeps HDB flat as both home and asset

Under Vers, the Government will progressively take back flats that reach about 70 years of age, and redevelop older towns over two to three decades.

Mr Lee said planning for Vers will begin now, but the scheme will start only 20 years down the road.

"We need time to work out how to select the precincts, how to pace the redevelopments out, the specific terms of the Government's offer and so on," Mr Lee said.

Currently, the Government acquires certain older flats with high redevelopment value through the Selective En bloc Redevelopment Scheme (Sers). Only an estimated 5 per cent of flats are suitable for Sers, and there are only a few more of such projects left.

Vers will allow more households to benefit from redevelopment, but the terms will be less generous than Sers "because there will be less financial upside", Mr Lee said.

Those who buy a new flat in their early 30s will still have more than 60 years of lease left when they retire, he noted. "That is long enough for it to retain substantial value, and be a good retirement nest egg."

He also gave the reassurance that the Government will help HDB residents whose leases expire to get another flat. This could be a new Build-To-Order flat, a resale flat or a two-room flexi flat.

They will have to pay for a new lease, regardless of which housing option is chosen, he added.

"Very few countries can make such long-term plans, and anticipate needs and opportunities into the distant future. But in Singapore, we can, and we will," he said.

"This Government believes it owes it to you to look ahead, share our thinking with you, pool our ideas, and work with you to make it happen."

A version of this article appeared in the print edition of The Straits Times on August 20, 2018, with the headline 'Every HDB flat to be upgraded twice'. Subscribe
Topics:
More
Whatsapp Linkedin FB Messenger Telegram Reddit WeChat Pinterest Print Purchase Article Copy permalink