SINGAPORE - As part of a trial to control the spread of dengue, male Aedes aegypti mosquitoes carrying the Wolbachia bacteria will be released at the Braddell Heights housing estate next Tuesday (Oct 18).

The small-scale trial at Braddell Heights will be the first of three - the other two being at Nee Soon East and Tampines West - to be started by the National Environment Agency (NEA). The other trials will start within the next one month.

When male mosquitoes carrying the naturally occurring Wolbachia bacteria mate with female mosquitoes, the bacteria causes the females to produce eggs that do not hatch.

Over time, this could lead to a fall in the Aedes aegypti population, which transmit the viruses that cause dengue fever. These mosquitoes also carry the Chikungunya and Zika viruses. 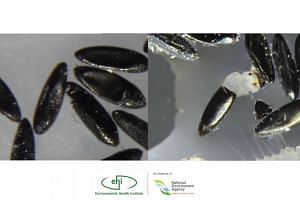 The NEA estimates that an average of one to three male mosquitoes per person will be released at regular intervals at each of the three sites. It had assured the public that the male mosquitoes do not bite and would not lead to any disease transmission.

The authorities had warned earlier that the number of dengue cases this year may exceed 30,000 - higher than the record in 2013, when 22,170 cases were reported.

The NEA has been inviting residents from the three estates to its Environmental Health Institute's mosquito production facility in Jurong, where they learn about the process of rearing these special mosquitoes. On Thursday (Oct 13), around 30 Nee Soon East residents were taken into the facility's laboratories to see the mosquitoes up close.

The Nee Soon East residents were the third group of residents to visit the NEA facility.

The six-month field study at the three housing estates aims to understand the behaviour of Wolbachia-carrying Aedes aegypti in the urban environment, for instance, how far and high they fly, and how well they compete with their counterparts without Wolbachia to mate with females.

Residents can contribute to the research by volunteering to host fan-based mosquito traps in their homes and premises. The NEA will compensate them for the electricity used to power the fan-based traps.