TEL AVIV • Singaporeans should do more to conserve water and not waste it, even as measures are being taken to secure the country's water supply for the long term, Environment and Water Resources Minister Masagos Zulkifli said on Tuesday.

His remarks come amid a prolonged dry spell that has led to water rationing in several Malaysian states and caused water levels in Johor's Linggiu Reservoir - which helps to meet half of Singapore's water needs - to fall to a new low.

He called on Singaporeans to reduce the amount of water used daily from 150 litres today to 140 litres by 2030. He said national water agency PUB will phase out the sale of less efficient taps and mixers, and introduce a new rating for washing machines. 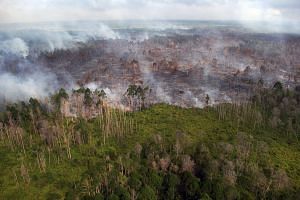 Mr Masagos, who is part of Mr Lee's delegation, had met his counterparts in Jordan and Israel to discuss water supply challenges.

He was told that Jordan's water supply was under strain as the country was not able to plan early enough for the influx of refugees from neighbouring Syria.

Rainfall levels have also dropped by at least 20 per cent over the past 10 years in Jordan, Israel and the Palestinian Territories, which face severe drought, said Mr Masagos of the places which Mr Lee visited on the trip.

There were lessons to be learnt: "We always have to make sure we are ready for the worst outcome, particularly with the climate change challenge that Singapore will face. At the same time, we have to make sure that, when there are sudden and severe stresses in our systems, we have the extra capacity ready."

He noted that new technologies are emerging, and Singapore's water companies can develop them to help address these issues.

PM Lee said some Singapore companies are interested in working on the Red Sea-Dead Sea project that Jordan and Israel have embarked on. The ambitious project involves building a canal for waters of the Red Sea to flow into the Dead Sea.

He noted that using hydropower to desalinate the seawater can generate more water that "can also flow into the Dead Sea and help to slow down the drying up of the Dead Sea".

"Some of our companies are interested in bidding for this project, and we hope that they will put in good bids and they will be well considered," he said.

A version of this article appeared in the print edition of The Straits Times on April 22, 2016, with the headline 'S'poreans must do more to save water: Masagos'. Subscribe
Topics:
More
Whatsapp Linkedin FB Messenger Telegram Reddit WeChat Pinterest Print Purchase Article Copy permalink