SINGAPORE - A "super malaria" parasite is spreading through South-east Asia at an alarming rate and Singapore is unlikely to keep it off its shores.

But there is also a very low chance of a rapid spread here, said Assistant Professor Rajesh Chandramohanadas from the Singapore University of Technology & Design.

That is because Singapore, declared malaria-free by the World Health Organisation (WHO) in 1982, has only a small population of Anopheles mosquitoes - the carriers of malaria.

"Hence a rapid spread here would be not a major concern," said Prof Rajesh, who studies the biology of malaria parasites.

He however noted that Singapore stands particularly vulnerable and receptive to foreign infections owing to the large migratory foreign workforce and the influx of travellers from neighbouring countries.

"With 6 per cent of total malaria related deaths reported from the neighbouring WHO South-East Asia region, Singapore lies equally vulnerable to these newer strains of malaria as any other pandemic country," he said.

This dangerous form of the parasite that is transmitted by mosquitoes cannot be killed with the main drugs currently used to treat the infectious disease, reported the BBC. 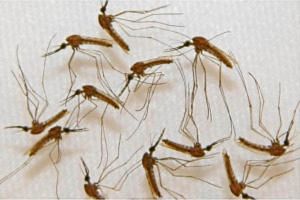 The strain was originally detected in Cambodia in 2007, and experts are calling for action before it reaches other areas such as India or Africa, reported AFP.

"It spread like a wildfire to Vietnam," said Professor Arjen Dondorp, head of the Oxford Tropical Medicine Research Unit at Mahidol University in Bangkok.

The co-author of an article published on Thursday (Sept 22) in the medical journal The Lancet Infectious Diseases added: "It started 10 years ago in western Cambodia. It is very fit and spreads very easily. This resistance is taking over. Cambodia already changed to a new drug, likely to last one or two years. Vietnam has to change now."