The National Environment Agency (NEA) will regulate additional fuel quality parameters and additives in petrol and diesel from July 1 next year.

These additives have negative effects on the environment and public health when added to petrol and diesel, NEA said.

Methanol produces toxic substances such as formaldehyde, which can cause cancer.

Manganese and phosphorous can damage the catalytic converters in petrol vehicles, causing higher emissions over time. 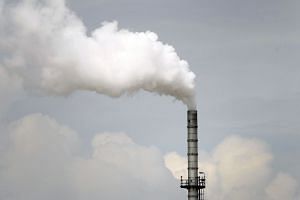 Hybrid cars zooming ahead in Singapore, fuelled by rebates

Phosphorus shall not be added to petrol, NEA said. Fame will be limited to a maximum of 7 per cent volume of diesel.

NEA said that it regularly reviews and tightens vehicular emission standards, as well as fuel quality standards for automotive use under the Environmental Protection and Management (Vehicular Emission) Regulations.

All petrol and diesel sold at petrol stations and other authorised outlets must comply with the new limits by July 1 next year, it said.

A version of this article appeared in the print edition of The Straits Times on July 25, 2018, with the headline 'NEA to set limits on petrol and diesel additives next year'. Subscribe
Topics:
More
Whatsapp Linkedin FB Messenger Telegram Reddit WeChat Pinterest Print Purchase Article Copy permalink