Some believe such a move can be effective in penalising the culprits, and that such efforts can make a difference

Many people will boycott products from companies that are contributing to the ongoing haze, according to a street poll of 50 people by The Straits Times yesterday.

The reasons they gave included wanting to penalise the companies for causing the haze by decreasing demand for their products and to send a message that they are not happy with the companies' actions.

Out of the 50 people surveyed, half said they will not buy products from such companies. 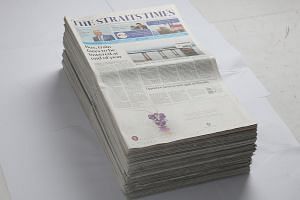 SPH: Newsprint not from firms under probe for fires 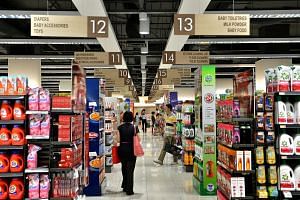 'Half of supermarket products in Singapore contain palm oil' 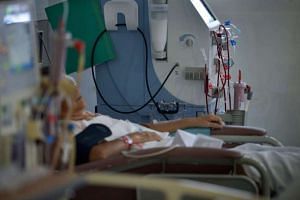 Watch: More "Why It Matters" videos

Another 19 believed that boycotting these goods would have no effect, while the rest sat on the fence.

"If they have not taken care in what they are doing, and are affecting the lives of a big part of the region, they should be penalised," said financial planner Daniel Tay.

The 45-year-old said that the haze has become something "out of control" and believes that Singapore has the clout to influence these firms despite being a small country.

Housewife Dawn Wee, 49, said: "They should bear some responsibility for their actions - making profits at the expense of people's health."

Tutor Angeline Tan, 44, said it did not matter even if she were the only one to boycott these companies, adding that "it starts from one".

Mr Seah Seng Choon, executive director of the Consumers Association of Singapore, echoed her sentiment. "If every one of us plays a part, it will certainly send a strong signal to the companies. If we combine all our efforts, we will be a formidable force," he said.

He added that he has reached out to the regional office of Consumer International in Kuala Lumpur to inform consumer bodies to put pressure on companies to stop slash- and-burn practices that cause the haze.

Last month, the National Environment Agency began legal action against five companies, including Asia Pulp and Paper, which are believed to be behind the burning.

In the poll yesterday, nearly 20 felt that boycotting products from the firms involved will not help.

Mr Neo Heng Wei, 20, a student, said: "It doesn't address the root problem, which is the fact that burning the trees is the fastest method of clearing the forest. Educating these workers is most important."

Others sat on the fence, saying that their decision to boycott the products depended on how essential the products were to them, and whether there were alternatives.

A version of this article appeared in the print edition of The Straits Times on October 09, 2015, with the headline 'Many will boycott products from haze-causing firms: Poll'. Subscribe
Topics:
More
Whatsapp Linkedin FB Messenger Telegram Reddit WeChat Pinterest Print Purchase Article Copy permalink