The carnival is open to the public till today and will be open for visits by schools tomorrow. Visitors to the carnival attended workshops on how to repair household appliances such as vacuum cleaners and kettles, or how to repurpose household items such as umbrellas into tote bags, among other activities.

Students who took part in the Environment Challenge for Schools, organised by the National Environment Agency (NEA), also showcased their projects.

For example, Greendale Primary School pupils came up with a way to cut down food wastage - a sensor that can measure the weight of wastage. If the food waste exceeds 30g, a reminder to waste less would be displayed.

The Clean and Green Singapore programme aims to inspire Singaporeans to care for the environment by adjusting their lifestyle and habits.

An Energy Saving Challenge was also launched in May by the NEA. It aimed to increase awareness among households on the importance of reducing their energy consumption. It ended in August.

About 15,000 households participated in the challenge and were found to have saved enough energy (470,000 kilowatt hours) to power about 1,200 four-room flats for a month. 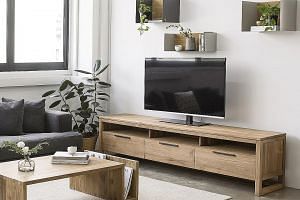 Minister for the Environment and Water Resources Masagos Zulkifli, who was also at the carnival, said: "Let us not forget the importance of every individual action and how it contributes to our collective effort of creating a clean and liveable environment for all Singaporeans and future generations."

Kim Pong Park, a new 0.4ha space, was also opened in Tiong Bahru yesterday by Second Minister for Finance and Education Indranee Rajah, an MP for Tanjong Pagar GRC. It features an open field, garden swings and a pavilion with a stage that can be used for community events.

A version of this article appeared in the print edition of The Sunday Times on November 04, 2018, with the headline 'Learn how to waste less at green carnival'. Subscribe
Topics:
More
Whatsapp Linkedin FB Messenger Telegram Reddit WeChat Pinterest Print Purchase Article Copy permalink