SINGAPORE - The Festival of Biodiversity has left its mark on Deputy Prime Minister Tharman Shanmugaratnam, who did his bit to raise awareness of Singapore's 11 mangrove forests on his Facebook page on Sunday (Sept 4).

Singapore has eight mangrove forests on its mainland, Mr Tharman wrote, as well as one each on the islands of Semakau, Tekong and Ubin.

He also gave a shout-out to "the growing group of volunteers and associations that study and promote awareness of Singapore's biodiversity and are helping to conserve and restore it wherever possible". 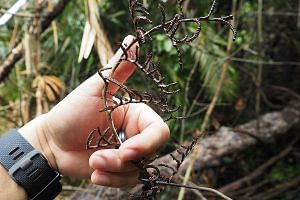 NParks out to conserve 46 local species

Mangrove wildlife were among the species featured at the annual Festival of Biodiversity at the Singapore Botanic Gardens, which Mr Tharman attended on Saturday.

At the event, the National Parks Board announced efforts to save 46 species of native flora and fauna that are on the brink of extinction. These could disappear forever if their isolated habitats are damaged or altered.

The event is on till 7pm on Sunday.