Comprehensive biodiversity surveys will be conducted on the Southern Islands as well as the Central Catchment Nature Reserve and its surrounding areas for the first time starting next year - to facilitate better conservation efforts in the long term.

The Southern Islands Biodiversity survey, which will start in January and last for two years, will look at the terrestrial and marine habitats of more than 10 islands.

These include the Sisters' Islands Marine Park and smaller islands, such as Pulau Biola and Pulau Jong.

The study will also include detailed flora and visual surveys of the shallow sea floor areas between 10m and 20m, which were not part of the Comprehensive Marine Biodiversity Survey conducted by the National Parks Board (NParks) from 2010 to 2015.

The two surveys will be led by NParks, in partnership with the academic community and nature interest groups, which will assist on a volunteer basis.

NParks will also be updating the Singapore Red Data List, a reference on the conservation status of native flora and fauna species. The list, first published in 1994, also highlights taxonomic groups and individual species for conservation efforts.

The latest and second edition of the list was published in 2008 by a tripartite group of representatives from the Raffles Museum of Biodiversity Research at the National University of Singapore, Nature Society (Singapore) and NParks.

DR JANE GOODALL, on the single most effective thing a person can do to slow down climate change. 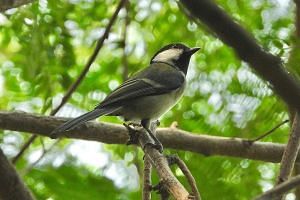 Nature lovers atwitter about first sightings of 2 birds in Singapore

In the third edition, more than 30 experts from NParks, academia and non-governmental organisations covering various taxonomic groups will be involved.

Mr Heng said that Singapore will need to learn how to live harmoniously with nature and wildlife to achieve the vision of a biophilic city in a garden.

"Unlike other larger countries where green spaces are located away from our cities, as a small island nation, our green spaces are interwoven with our homes, workplaces and neighbourhoods," he said.

"This makes our city very green and liveable... Our small and highly urbanised space is well integrated with our green space, one that is shared with our native wildlife."

But climate change has been changing the habitat of Singapore's flora and fauna, and beyond implementing physical infrastructure measures, mitigation efforts must be more robust, said Mr Heng.

Individuals must also come together and no personal effort is too small, he added.

The public can partner NParks by participating in the two biodiversity surveys, or in an initiative that will be launched over the next five years to design new parks and upgrade existing ones, he said.

During a panel discussion, a member of the audience asked Dr Goodall what would be the single most effective thing a person can do to slow down climate change.

Correction note: The National Parks Board has clarified that the Comprehensive Marine Biodiversity Survey it conducted was from 2010 to 2015.