SINGAPORE - The number of dengue cases has increased over the past three weeks, with the first week of 2019 reporting 207 cases, the National Environment Agency (NEA) said on Wednesday (Jan 9).

A contributing factor and key concern is the increase in the Aedes aegypti mosquito population detected in the community, said the agency.

Gravitraps are traps that catch Aedes aegypti mosquitoes and collect data on them.

"If left unchecked, the high Aedes aegypti mosquito population may lead to a surge in dengue cases in 2019."

"NEA therefore urges all members of the public and stakeholders to stay vigilant, and work together as a community to stem dengue transmission," said the agency in a statement. 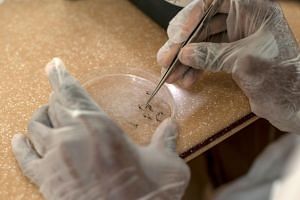 Dengue struck his father, daughter at the same time

Those planning to go overseas for vacation during the upcoming holiday period should also mosquito-proof their homes before they travel, such as covering all toilet bowls in the home, sealing the overflow pipe of the flushing cistern and adding sand granular insecticide to areas where stagnant water cannot be easily removed.

NEA said it will continue its efforts to remove potential mosquito breeding habitats from public areas and housing estates, together with members of the Inter-Agency Dengue Task Force and town councils.

But it stressed that "effective dengue prevention requires the vigilance and participation of everyone in the community", adding that dengue prevention efforts will also contribute towards preventing the transmission of Zika and Chikungunya viruses.

Symptoms of dengue, which is transmitted through bites from the Aedes aegypti mosquito, include the sudden onset of fever for two to seven days, severe headaches with pain behind the eyes, joint and muscle pain, skin rashes, nausea, vomiting, bleeding from the nose or gums, and easy bruising.

Updates on the dengue situation can be found on NEA's website, the Stop Dengue Now Facebook page, or the myENV app.