Dubai airline Emirates has applied to stop all its flight services between Singapore and Brisbane, citing substantial losses on the route for its decision.

The move would potentially result in a 16 per cent drop - or at least 4,956 fewer seats per week - in the total number of seats on the route, said the Competition and Consumer Commission of Singapore (CCCS) yesterday.

CCCS is seeking feedback to assess the impact of Emirates' withdrawal from the route on passenger as well as freight services.

The commission will decide on Emirates' request after the public consultation.

The outcome could affect the current alliance between Emirates and Qantas, which allows them to coordinate aspects of their flight services such as pricing, scheduling and marketing.

CCCS had approved the partnership in 2013, but only after they undertook to increase seating capacity on flights from Singapore to Brisbane and Singapore to Melbourne. 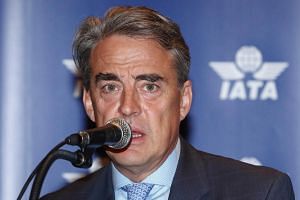 Profit forecast cut for airlines: Asian carriers to earn average of just $4.80 per passenger in 2019

Qantas' commitment to supply at least 3,290 weekly seats on the Singapore-Brisbane route will continue to apply, regardless of the outcome of Emirates' application.

When contacted, Emirates said the flights it wants to suspend will continue until approvals are obtained.

SIA said it was not able to comment on its competitors' actions.

The public consultation, which began yesterday and will end on Sept 24, will consider such issues as how Emirates' withdrawal could affect ticket prices and seat availability between Singapore and Australia, and whether another airline might consider entering the route.

People wishing to give feedback can e-mail CCCS_Feedback@ cccs.gov.sg by 3pm on Sept 24.