From free wealth management tips to offering shuttle bus services, the tuition race in Singapore has entered a new and more aggressive phase.

No longer is the industry dominated by home tutors and small neighbourhood outfits.

Instead, they are chains in malls, with deep pockets, multiple branches and snazzy marketing.

There are also more of them. There are now some 600 tuition centres registered with the Education Ministry, up from about 500 in 2011. Centres with 10 or more students must be registered.

It is, after all, a billion-dollar industry. Singaporeans are spending a staggering $1.1 billion a year on tuition, according to the Household Expenditure Survey released in 2014 .

This is nearly double the $650 million households here spent in 2004 .

Parents are now more willing than ever before to spend top dollar on tuition lessons for their children.

NUS ECONOMICS LECTURER KELVIN SEAH, on how the rise in tuition centres may also be due to the rising incomes of Singaporeans over the past few years.

To grab a slice of this lucrative pie, tuition-centre players are upping their game.

The Physics Cafe in Toa Payoh, for example, has shuttle buses to send its students to MRT interchanges such as Paya Lebar and Jurong East - in what is believed to be the first such service offered by a tuition centre.

Mr Edmund Quek of Economics Cafe Learning Centre in Bishan entices students with not just lessons in economics, but also free tips on how they can increase their wealth.

What has become a marketing mainstay: photographs of tutors, with dazzling smiles and promises of As, plastered on the facades of tuition centres. Many are former school teachers turned tutors.

Spending more to get a head start for kids

The seemingly inexorable rise of what experts have termed the "shadow education" system comes amid greater competition in schools, say education experts.

National University of Singapore economics lecturer Kelvin Seah explained that the trend may also be due to the rising incomes of Singaporeans over the past few years. "Parents are now more willing than ever to spend top dollar on tuition lessons for their children."

Dr Timothy Chan, director of SIM Global Education's academic division, said: "Our meritocratic culture has made education here more competitive. To a large extent, academic performance has an impact on the education opportunities available for a student in his or her next phase of studies.

"Thus, it is no surprise that parents send their kids for tuition, whether or not their kids actually benefit from attending extra classes."

This means that it is not just the struggling students getting tuition. More top students - with a string of As for their subjects - are attending classes, too, say centre operators. 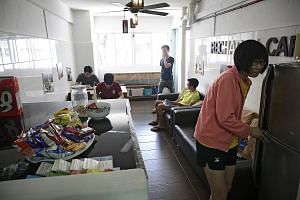 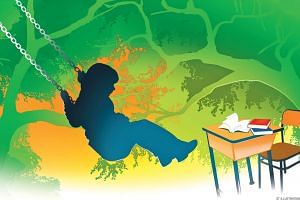 Mr Keng Jun Hao, 24, managing director of Real Education Centre, said some of these students want to maintain their top grades, while others feel they can improve even more. "A majority of them are afraid of losing out to other students who are attending tuition classes," he added.

The education race is exacerbated by parents who want their kids to get a head start, said Mr Kenneth Ng, 40, managing director of Aspire Hub Education Centre Group, which has nine centres across the island.

With greater expectations, many centres have introduced "shortcuts", such as helping students identify questions likely to appear in the examinations and exposing them to key concepts commonly tested.

Experts, however, warn that excessive tuition can be counterproductive. Dr Seah explained: "Students might grow to dislike the subject when they are forced to attend tuition lessons."

He added that extra classes may leave them with less time for other activities that matter, such as socialising with friends.

"So while tuition may develop students academically, it does come at a cost."

There are also concerns that tuition undermines the levelling force of the public education system: Wealthy families can and do pay more for tuition, which could dampen social mobility.

Institute of Policy Studies senior research fellow Christopher Gee wrote in a 2012 paper: "Such families can afford to give their children the best and earliest possible head starts, allowing them to be streamed into the best classes in the best schools, giving them the best opportunities to go up the educational ladder."

A version of this article appeared in the print edition of The Straits Times on October 03, 2016, with the headline 'Tuition race hots up as big players up their game'. Subscribe
Topics:
More
Whatsapp Linkedin FB Messenger Telegram Reddit WeChat Pinterest Print Purchase Article Copy permalink