With 10,000 SkillsFuture courses on offer, it can be hard to decide how to use $500 credit

The national movement to get Singaporeans into the spirit of lifelong learning reached a milestone last Friday - when more than two million people can start using $500 in credit each from the Government to pay for skills-based classes.

The 10,000 approved courses were listed in an online directory last November to give all citizens aged 25 and above, who will receive their SkillsFuture Credit, time to decide on what they want.

The move is a step forward in encouraging Singaporeans to take up courses by cutting the cost of doing so, but employers may need to give better support to workers, said human resource consultants, economists and workers interviewed. 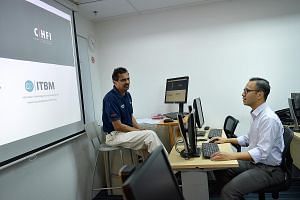 Staying ahead in the fast-paced IT sector 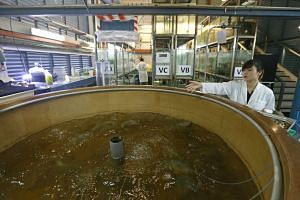 Going far beyond the bare bones of fish farming 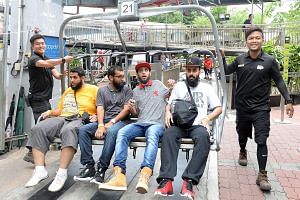 Soft skills help achieve results on and off the job

That is why "employers must first be clearly educated on the benefits before SkillsFuture Credit will bear fruit", said Ms Eve Yap, marketing director of ManpowerGroup Singapore.

Employers who are already rolling out staff enrichment programmes... will find it easier to motivate their staff.

Most industries, in particular high-tech and engineering ones that require the constant upgrading of skills, will gain from the scheme as workers who sharpen their skills or learn new ones will become more efficient and productive, said Mr Foo See Yang, acting country general manager at Kelly Services.

I don't think I can be the next Mark Zuckerberg, but I can at least try to understand what he does.

MR TEO KAY SWEE, 42, a businessman who hopes to pick up computer skills

The aim of the SkillsFuture Credit scheme is to allow citizens to take charge of their own learning, Acting Education Minister Ong Ye Kung, who is in charge of the initiative, said last month.

"The credit is yours. It is not for the Government to question what you should learn."

It is meant as a "clear signal that each of us... needs to take charge of our own skills", he added.

The wide range of courses is also aimed at empowering the individual to choose based on his aspirations, said a Singapore Workforce Development Agency spokesman.

Citizens will be receiving letters on how to activate their SkillsFuture Credit account. They can also watch videos on how to search for courses and check their account balance and claims status on the official website.

The scheme is clearly a boon for those who have already planned to upgrade their skills and have a good idea of how to do so, said HR experts and workers.

Accountant Jerome Koh, 28, who planned to take classes in finance management and audit, said: "I was a bit hesitant about paying for them. They sound like an investment for which returns are uncertain. The credit pushed me to take them, and I'm happy about that."

For others, the scheme may plant the seed of further training in their minds. In fact, all 20 workers interviewed recently said that they were motivated to attend classes after learning of the $500 credit. They plan to take courses ranging from computer science to baking.

Tutor Brian Tay, 32, said he was motivated to improve his interpersonal skills to connect better with his students after learning about the credit, which will be topped up periodically in future.

"My timing is flexible, so I can easily pick a time that works best for me," the father of one said. "The classes can be a good way to network too."

Yet others relish the idea of being able to take courses for self-improvement.

Businessman Teo Kay Swee, 42, said that he hopes to pick up computer skills and get over his fear of computers with the help of his SkillsFuture Credit. 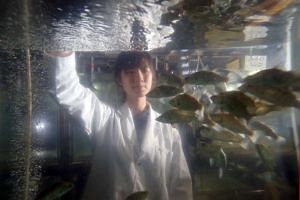 SkillsFuture launch: From making bread to analysing the universe, 14 interesting courses to consider

He said: "I was not planning to attend any training, but since I was going to receive my credit anyway, I thought, why not?"

"The course probably will not help much with my trading business, but learning something new can be fun. I don't think I can be the next Mark Zuckerberg, but I can at least try to understand what he does."

The sheer number of courses can overwhelm trainees, distracting them from making an informed choice, the experts said.

For example, they may not know the courses that will be most beneficial for them, especially if they are gunning for a promotion at work.

Uninformed choices may also send trainees on a "paper chase", said Mr David Ang, director of Human Capital Singapore. While they attain what may appear to be higher qualifications, they may not gain more industry-relevant skills.

Bosses can guide employees who want to improve themselves.

Ms Yap said that the office culture can determine an employee's "spirit of inquiry". "Employers who are already rolling out staff enrichment programmes... will find it easier to motivate their staff. The understanding is that employees have the company's backing and additional learning may translate to moves up the corporate ladder."

Mr Ang said one way employers can help is by giving their staff time off for training.

Professor Hoon Hian Teck from the Singapore Management University's School of Economics said workers should take advantage of the scheme because Singapore is moving into its next phase of economic development in which workers need to constantly upgrade their skills to stay relevant.

Kelly Services' Mr Foo said those "enthusiastic about learning and upgrading their skills will have an edge" over others.

Mr Ang said that, ultimately, the scheme places "the choice of studies in the hands of each individual, whether they are employed or not".

"It is a 'leveller' that is given equally to all citizens."

Staying ahead in the fast-paced IT sector

Going far beyond the bare bones of fish farming

Soft skills help achieve results on and off the job