SINGAPORE - Some private pre-school operators are watching the changes in the sector with concern, after the Ministry of Education (MOE) announced on Monday (Nov 28) that children in its kindergartens would get priority admission in the Primary 1 registration exercise.

Smaller players are worried about being squeezed out of the pre-school market as MOE expands its reach and adds a further advantage to attending ministry-run kindergartens, though MOE said the move to give admission priority to children in its 12 pre-schools is to provide them a smoother transition to Primary 1.

Under the new rules, children in those kindergartens will be allowed to apply for a place in the primary school whose premises it shares under Phase 2A2 of the Primary 1 registration scheme. This phase now applies to children whose parents or siblings had studied in the school, but are not in the alumni association.

Appleland Playhouse principal Kelly Chua said: "This will put private schools which are not affiliated with any primary school at a disadvantage."

Located in Telok Blangah, Appleland, a childcare centre with 170 children, might feel the heat from the MOE kindergarten at Blangah Rise, whose children will get priority admission to Blangah Rise Primary. Parents whose children are eligible for admission in later phases than 2A2 might feel pressured to switch them to MOE kindergartens, said Ms Chua.

Mrs Lily Lee, principal of of Dayspring Kindergarten in Punggol, said: "Of course, we are unhappy, as more children will be leaving for MOE kindergartens in order to get priority admission to neighbourhood primary schools.

"Pre-nursery and nursery (levels) may not be affected but we will be expecting K1s and K2s to move to MOE kindergartens." MOE has several pre-school centres in Punggol and Sengkang.

MOE entered the pre-school sector in 2014, with the goal of raising the quality of early childhood education here. The kindergartens will charge $160 a month from next year, up from $150 now, and take in 60 to 120 children each. This can go up to 160 if the demand is there.

By 2023, MOE hopes to have 50 kindergartens located in primary schools and providing 14,000 places - enough to cater to a fifth of all Singaporeans and permanent residents aged five and six.

There are about 450 kindergartens in Singapore now, with a median monthly fee of about $170.

Dr T. Chandroo, chief executive of pre-school chain Modern Montessori International which has two centres in Sengkang, said the new policy "will definitely affect all private operators in the long run as more MOE kindergartens are being set up island wide".

"Thus, instead of being able to play a pivotal role in the child's life in their formative years from birth till six years of age, there is a likelihood that parents may leave our centre after the nursery programme for the MOE kindergarten. Eventually, there is a high chance as more MOE kindergarten are being rolled out islandwide, private operators may become just an early years centre for 0 - 4 years old.

"If that is the case, we hope that the government will take time into addressing and realigning the interests of the private operators who played a pivotal role in the nation building process," he said, adding that "there should be a fair playing field where kindergarten enrolment is not linked to primary school admission". 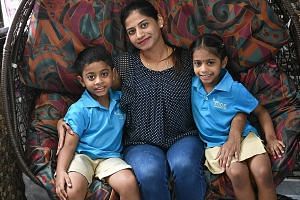 Pick a private or MOE kindergarten?

"The MOE kindergartens are a component in the overall plan to raise the standards in the sector," he said. "It is an accepted notion that education even at the early age is important to set the right learning environment for the child to grow.

"The role of the state stepping in is to level the playing field from the beginning and provide an education experience that can be enjoyed by many people without them having to pay hefty fees that some private pre-schools charge."

He said private pre-school operators would have to find "new value propositions" to keep parents going to them. "They need to ask themselves what their unique features are, maybe in pedagogy, internationally proven learning methods, location, a religion that parents prefer, after-school care programmes," he said.

Ms Iris Lim, principal of Chiltern House, said: "We will continue to innovate and see how else we can improve in our programmes and unique features... so that parents can see the difference."

For instance, its five centres in areas such as Thomson and Mountbatten are known for their emphasis on speech and drama, as well as small class ratios of 14 children to two teachers. "We can provide more for the individual needs of children. Parents tell us that's what they come to us for," said Ms Lim.

Dr Chandroo said that private pre-schools continue to attract parents, as they choose pre-schools based on "their brand name, curriculum, teaching pedagogy and track record". Its centres differentiate themselves from other schools by virtue of its core Montessori curriculum, that emphasises a learning approach tailored to individual children's needs.

He added: "We are always open to re-inventing ourselves to be relevant in this changing business landscape."

But despite their misgivings, operators said the impact of greater government presence in the pre-school sector is still far from clear.

"Private schools cater to different kinds of parents with different children. We're not sure whether parents will rush to MOE kindergartens because of the advantage. If the children are happy in their current centres, or if they have an older sibling in the same centre, I'm not sure if parents will just pull them out," said Ms Lim of Chiltern House. 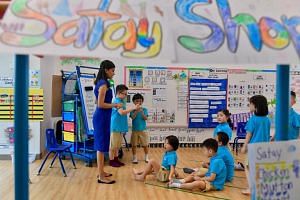 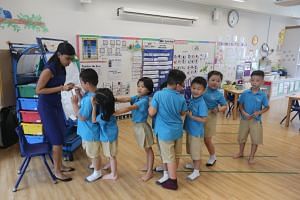 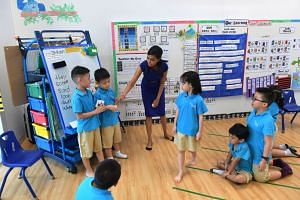 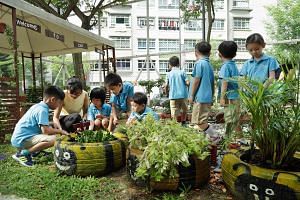 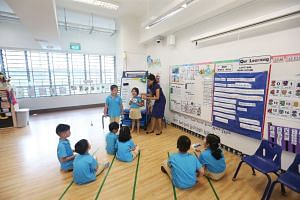 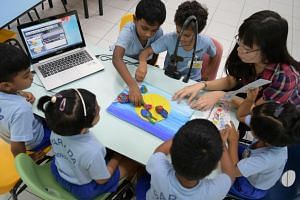 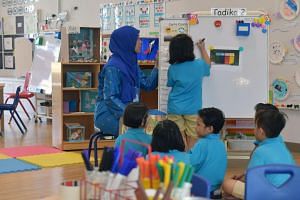