When Ryan Ang was in primary school, his mother used to get calls from his teachers all the time because of his disruptive behaviour in class.

The Crest Secondary School student, now 16, did not take his studies seriously and also struggled with subjects because he is dyslexic. It was hard to spell long words, and he would mix up the letters d and b.

When he scored 121 for the Primary School Leaving Examination, putting him in the Normal (Technical) stream, Ryan decided to join Crest Secondary as he thought that its hands-on approach suited him better.

"I'm not very strong in academics but I'm good at hands-on work."

At Crest, he decided to change his behaviour and took school more seriously after failing maths in his first year. 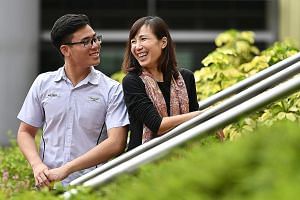 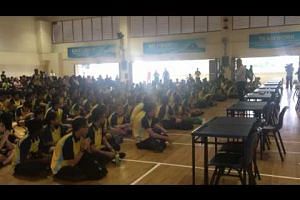 "I didn't want to give my teachers a hard time any more, and I wanted to be more mature."

He said he enjoyed his time at Crest because of how lessons were not just about theory, but also included opportunities for experiential learning and interactive activities.

Even before the N-level results were out, Ryan, who scored Cs for the two N(T) subjects that he took, received an offer from the Institute of Technical Education (ITE) to study mechatronics because of his good grades in mechanical servicing, a course he took up for his ITE Skills Certification. He hopes to go to polytechnic after ITE and eventually enter university.

Some people may dismiss N(T) students as not being smart, said Ryan, but a comment that his principal Frederick Yeo jokingly made about how N(T) also stands for "natural talent" stuck with him.

"Don't look down on us. Even though we are N(T), we can still make a difference."

A version of this article appeared in the print edition of The Straits Times on December 20, 2016, with the headline 'He discovers 'natural talent' thanks to school's approach'. Subscribe
Topics:
More
Whatsapp Linkedin FB Messenger Telegram Reddit WeChat Pinterest Print Purchase Article Copy permalink