SINGAPORE - A leading American scientist who was handpicked by former president Barack Obama to helm the National Science Foundation in the United States, was on Thursday (July 13) named the fourth president of Nanyang Technological University.

Professor Subra Suresh, 61, who will take over from the current NTU President Bertil Andersson, had until recently served as President of Carnegie Mellon University in Pittsburgh, an institution internationally known for education and research in computer science and engineering.

Prof Suresh is considered one of the most distinguished scientists in the US, if not the world. He was chosen by Mr Obama to serve as Director of the National Science Foundation, the agency charged with advancing science and engineering research and education in the US between 2010 and 2013.

As MIT's engineering dean, he launched and oversaw the growth of a number of MIT's major international programmes in different parts of the world, including the Singapore-MIT Alliance for Research and Technology (SMART) programme, the first of several international research centres established under an initial $1 billion initiative called Campus for Research Excellence and Technological Enterprise (Create) in Singapore.

At NTU, Prof Suresh will step into the shoes of Professor Andersson, a renowned Swedish plant biochemist who took over the helm at NTU in 2011, after having served as provost for four years. 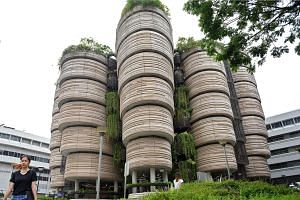 Before coming to NTU he had served as rector (president) of Linkoping University, Sweden, and chief executive of the European Science Foundation. He is also a member of the board of trustees of the Nobel Foundation.

Under his tenure NTU has ramped up research and as a result, climbed in many international rankings, including the Quacquarelli Symonds (QS) global league table where it went from being ranked 74th in 2010, to 11th this year, beating the National University of Singapore.