A series of mergers will see 22 secondary schools whittled down to 11 as mature estates churn out fewer school-going children.

The Ministry of Education (MOE), which announced this at a briefing yesterday, said that this was the largest merger exercise in the last five years.

Next year, the seven secondary schools that MOE had earlier said did not have a Secondary 1 cohort this year - Balestier Hill, Henderson, MacPherson, North View, Pioneer, Siglap and Si Ling - will be paired and merged with seven other schools. 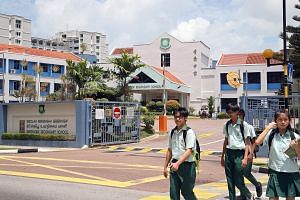 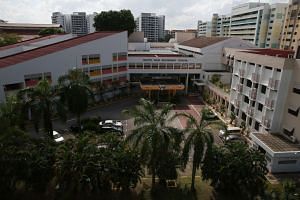 In 2018, Bedok North will join Damai Secondary, and Bishan Park will pair with Peirce Secondary. Chong Boon will merge with Yio Chu Kang Secondary and Greenview will join Loyang Secondary.

MOE explained that its decision to merge schools was due to the falling cohort sizes.

There were around 38,600 students who were posted to secondary schools this year, down from about 50,000 a decade ago.

There are now 158 secondary schools here and this number is poised to shrink.

MOE said that a "sufficient critical mass" is needed for a school to offer a good range of educational programmes and co-curricular activities (CCAs) for its students.

Several of the schools merging have three or fewer classes at each level, compared to a "healthy" range of six to eight classes per level in most secondary schools.

The school buildings chosen to house the merged schools were decided based on their locations, transport options and the quality of their infrastructure.

The names of the new secondary schools have not been decided yet.

Principals will be appointed for the schools merging next year by the first half of this year. They need not be from one of the two merged schools.

Teachers will be consulted on whether they wish to stay at the merged school, or get posted to other schools.

A teacher from one of the schools merging in 2018 welcomed the move, even though he lamented that it means his school will no longer have a small teacher-to-student ratio, which now stands at about 1:20.

"I've been wanting to form a choir but am not allowed to do so because I cannot form another core CCA that will take away numbers from other CCAs," said the teacher, who declined to be named.

Another teacher from one of the affected schools is worried about the possible changes in work culture and whether his CCA will still operate in the new environment.

Optician Jerry Sim, 48, who has a son in Secondary 1 at Chong Boon Secondary, said the possible merger should have been flagged after the Primary School Leaving Examination results.

MOE said it will work with the schools to build strong identities and retain their heritage, by documenting the past in the merged school buildings.

Siglap Secondary alumnus Jason Wong, who graduated from the school in 2007, said that 10 years back, the school had sealed a time capsule filled with textbooks, uniforms and awards. "And we had a deal to come back 25 years later to open it," said the 25-year-old.

Now, that could be a long shot.