The Republic will introduce digital defence as the sixth pillar in its national defence framework Total Defence, signalling the threat cyber attacks and disinformation pose, and the importance of cyber security.

It is the first time a new pillar has been added to the framework since it was launched 35 years ago.

In his annual Total Defence Day message yesterday, Defence Minister Ng Eng Hen stressed that cyber-security threats and disinformation are a serious danger to Singapore, and emphasised the need to be vigilant against them. "Security threats can be real and physical like terrorism or, just as damaging, can come through the cyberworld."

"Malicious malware can cripple our systems. Fake news can cause racial riots and divide our people," added Dr Ng in his message, which was uploaded on Facebook.

The digital defence pillar will be officially launched today by Communications and Information Minister S. Iswaran, who is also the Minister-in-charge of Cyber Security. It joins the other five pillars of Total Defence: military, civil, economic, social and psychological defence.

In his speech, Dr Ng reiterated that the purpose of Total Defence Day, which falls on Feb 15, is to remember the Japanese Occupation.

Malicious malware can cripple our systems. Fake news can cause racial riots and divide our people.

"Our parents and grandparents suffered in the 3½ years of deprivation and humiliation that followed.

"We remember those events of the Japanese Occupation to teach every new generation of Singaporeans about the price of failure to defend this country," he said.

Total Defence was launched in 1984 as a national defence initia-tive to rally all citizens behind the Singapore Armed Forces during wartime. It was also envisaged to build a sense of determination for Singaporeans to defend the country under all circumstances.

The framework has since undergone reviews and changes, but this is the first time a pillar outside of the original five conceptualised is being added. 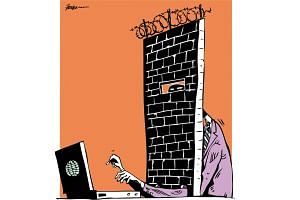 See how Total Defence Day has evolved through the years

Total Defence is now contextualised to address new threats, and applied to address non-military challenges too, such as economic recessions, pandemics and natural disasters.

After leading a pledge recitation, he held a dialogue with about 100 forum participants on the challenges that Singapore faces as a maritime nation.

He noted that it was the first time professionals from the maritime industry, Republic of Singapore Navy servicemen and tertiary students were coming together to mark Total Defence Day.

Emphasising the importance of the national defence framework, he said: "When there are external pressures on our country to give in to external demands, Singaporeans must continue to be psychologically resilient and stay together to keep Singapore strong."