SINGAPORE - A panel of defence chiefs and experts on Saturday (June 2) called for countries in the region to build closer partnerships at sea, with a Chinese delegate adding that her country and Asean should make use of the current tranquility and stability in the South China Sea to boost cooperation.

The session at the Shangri-La Dialogue on enhancing maritime security took a broad look at evolving maritime threats, from illegal fishing to terrorism, striking an optimistic note as speakers stressed the importance of building trust and norms to weather crises.

"When you have a region like Southeast Asia, with so many different cultures and centuries of complex history, trust is not quite so easy to come by. But it does require some relationship of some kind... The important part is to keep talking. We cannot increase trust by interacting less," said Rear-Admiral Donald Gabrielson, commander of the US Navy's Logistics Group Western Pacific.

A free and open Indo-Pacific, he said, means that all countries big and small must have "an equal place and equal voice".

He and his fellow panellists, among them Singapore's Chief of Navy, Rear-Admiral Lew Chuen Hong and Lieutenant General Takashi Motomatsu, Vice Chief of Staff, Joint Staff of the Japan Self-Defence Forces, spoke about strengthening partnerships and reinforcing mechanisms such as the Code for Unplanned Encounters at Sea and the United Nations Convention on the Law of the Sea.

"Multilateral relationships were formed to enforce these important frameworks, to keep us safe. We need to continue to enforce what those who came before us built, so that we can avoid using coercion or other less productive relationships to move forward," said Rear-Admiral Gabrielson.

Still the spectre of China and its moves at sea hung over the session as panellists tip-toed around the subject.

Lieutenant General Motomatsu noted that there have been attempts in recent years to "unilaterally change the status quo", while Lieutenant General Nguyen Duc Hai, Director of the Institute for Defence Strategic Studies, at Vietnam's Ministry of National Defence, said that unilaterally-conducted reclamation activity obstructs exercise of legitimate sovereignty at sea. Both did not name China in their remarks.

Lieutenant General Hai believed that the Declaration of Conduct in the South China Sea had been ineffective, but he conceded that the conclusion of a Code of Conduct (COC) framework demonstrated the goodwill and effort of parties.

"However, this is just the initial step forward. Parties have to put more effort into the negotiations over the content of the COC," he said

Colonel Liu Lin of the Chinese People's Liberation Army, who joined in the discussion, said that the COC could play an important role in the process of building maritime order and norms which could accepted by China and the Asean claimants in the South China Sea dispute.

In the process of negotiating the COC, the relevant countries had already listed some measures, such as a hotline for communication among their senior officials in response to maritime emergencies, she said. These should be implemented first.

She also called for greater cooperation.

"We should make use of the relative tranquility and stability in the South China Sea to further enhance practical cooperation," said Colonel Liu.

China has already made some efforts, for example discussing boosting practical cooperation with claimants including the Philippines and Vietnam, she said .

A pan-South China Sea economic circle, she added, could be formed to explore possibilities for cooperation in other areas as well. 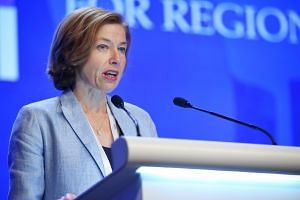 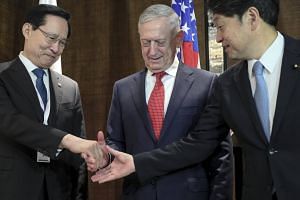 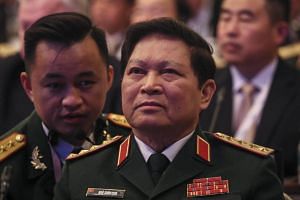 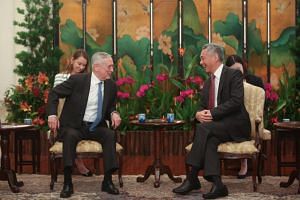 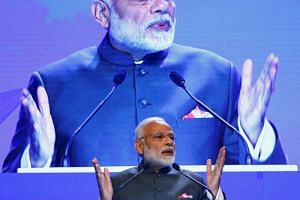 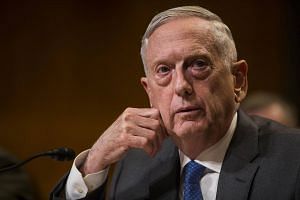 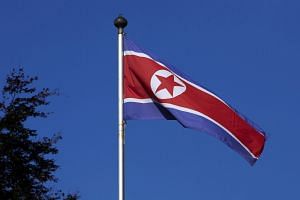