SINGAPORE - The death penalty is not the solution that solves all problems, but part of a larger framework that includes reducing the supply of drugs in Singapore and rehabilitating offenders, said Home Affairs and Law Minister K. Shanmugam on Thursday (Oct 26).

This is because "the stakes are made very clear upfront, and that has a very powerful influence on those who seek to traffic into Singapore", he said.

Mr Shanmugam was speaking at the opening of the second Asia-Pacific Forum Against Drugs at the ParkRoyal hotel in Beach Road.

"I've said repeatedly, we do not take any great joy and comfort in having the death penalty," he said. "We do it reluctantly, on the basis that it is for the greater good of society... and it saves more lives." This includes the lives of families "ruined" by drug addiction.

Using Colorado in the United States as an example of where legalisation has "gone wrong", Mr Shanmugam added that victims of crimes such as homicides linked to drugs far outnumber the people who might be on death row at any given time.

Mr Shanmugam also urged stakeholders from around the world to have an open mind towards different kinds of drug prevention methods.

He added that calls for drug legalisation are "reckless, irresponsible, a cop-out and a step backwards" which will worsen the problem for agencies dealing with it. 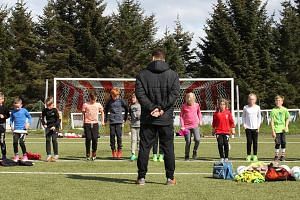 Drug use among the young: A look at how it's tackled in Iceland and Finland

The forum on Thursday, organised by the National Council Against Drug Abuse, brings together local and foreign delegates from the Government and non-government organisations, as well as civil society groups, to discuss how to counter calls globally for drug liberalisation.

Speaking to the media on the sidelines of the event, Dr Kevin Sabet, director of the drug policy institute in Florida in the US, called the growing popularity of cannabis a "slow-motion disaster", as more try to make the drug attractive to the young.

Colorado, which approved the commercialisation of medical marijuana in 2010 and legalised recreational marijuana use in 2014, has also become the No. 1 state for youth cannabis use, he said, with more young people being hospitalised as well.

Ms Linda Nilsson, secretary-general of the World Federation Against Drugs, highlighted the lack of local implementation of international agreements as a challenge in drug prevention, which experts called a longer-term solution.

Iceland has seen some success in prevention, with cannabis use among teens aged 15 or 16 dropping from 17 per cent to 7 per cent between 1998 and 2016.

Mr Jon Sigfusson, director of the Icelandic Centre of Social Research and Analysis, said this was by strengthening preventive factors such as increasing the time teens spend with their parents, and reducing risk factors that lead youth to drug use.