SINGAPORE - Voluntary welfare organisation Crisis Centre (Singapore) has been suspended from conducting any fund-raising appeals for six months from Thursday (Aug 15), while its fund-raising activities are being investigated.

The centre provides transitional shelter for men who are homeless or at risk of being homeless.

The Commissioner of Charities (COC) said in a statement on Thursday that he issued the suspension order to protect the public during investigations.

The order applies to fund-raising appeals for "charitable, benevolent or philanthropic purposes".

But the centre can still continue with its daily operations during this period, the COC added.

Crisis Centre was set up as a society on Jan 16 last year and granted charity status on May 9 last year.

Dr Ang Hak Seng, the commissioner, said he had received feedback about the fund-raising appeals conducted by the centre.

"Investigations to date have raised serious concerns about the charity's governance, record-keeping practices and ability to be accountable to its donors," he said, adding that he is satisfied that there are grounds to exercise his powers under the Charities Act to suspend the centre's fund-raising appeals. 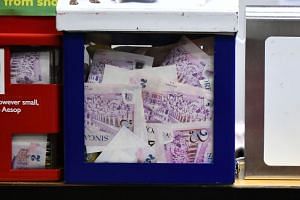 Guidelines for charities that go into business ready by next year

Crisis Centre said that it believes the suspension order is "an excessive action as we have been upfront and accommodating in all aspects of the regulatory bodies' inquiries".

The centre said the order "will deplete our reserves entirely and we may not be able to continue to assist and serve our homeless beneficiaries".

It said its monthly overheads of about $30,000 maintain  two shelter units at Joo Chiat, feed residents, employ stay-in staff and engage qualified people to create programmes and assist in the residents'  reintegration.

"We implore the Government to reconsider this six month suspension as this will essentially be the end of our organisation and the good work we do," it said.

The centre has sought legal advice, adding that it has and will continue to work closely with the authorities.

Chairman of the Charity Council Gerard Ee said the COC's move was made to "protect donors".

He added: "Since Crisis Centre is deemed not to be able to account for the donations, it is best to place them under suspension until the fault has been rectified.

"As stated, it is to protect donors - henceforth donors can be confident that COC is willing to act speedily to protect their interest and thus have greater confidence in giving generously."

In his statement, the COC also advised members of the public to be discerning and not to feel pressured into making a donation immediately when approached by fund raisers.

They are encouraged to practice three steps: Ask, check, give.

Second, they should check the legitimacy of the fund-raising appeals. Such verifications can be done on the Charity Portal, scanning the QR code on the fund-raising permit or SMS "FR (licence/certificate number or organisation name)" to 79777.

Finally, they should give only when assured that the appeal is legitimate and the donation will go to its intended charitable purpose.

Those who have concerns about any suspicious fund-raising appeals should report the matter to the COC.

A police report should be made if fraud or scams are suspected, the COC added.