Evidence given by five Workers' Party (WP) town councillors, who are facing two multimillion-dollar civil suits over how they ran their town council, has not been rebutted, said their lawyers.

One such area in which this did not happen, they said, is over how the former managing agent for Aljunied Town Council had requested to be released. CPG Facilities Management was running the town council while it was under the People's Action Party. After the WP wrested control of Aljunied GRC in the 2011 General Election, a new managing agent - FM Solutions & Services (FMSS) - was appointed.

"Once it is seen that, in fact, CPG wanted to be released, the evidence for which has not been rebutted, PRPTC's imaginative case built on the town councillors' alleged improper motives for getting rid of CPG falls apart," said their lawyers from Tan Rajah & Cheah.

In their closing replies handed to the High Court last Friday, the lawyers also re-emphasised that there were no bidders for the public tender for a second managing agent (MA) and emergency services provider contract in 2012, other than FM Solutions & Services. FMSS and its founders How Weng Fan and the late Danny Loh are the other defendants.

Among other arguments, the lawyers said PRPTC had "grossly exaggerated" that WP MPs lied in a media statement, saying that FMSS would not incur any additional agent fees. During the trial, Ms Lim said she had "omitted a one-time fee FMSS had charged the town council for hiring additional staff".

"It was only on the basis put by PRPTC's counsel that the MA fees included the additional sum of $89,150 that Ms Sylvia Lim agreed that the contents of the media statement were not correct," they said. 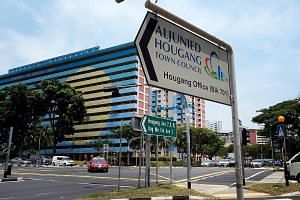 AHTC wrap-up: What are the 2 lawsuits about?

Lawyers also said AHTC's "blanket claim" for all $33.7 million paid to FMSS and its subsidiary company was an "absurdity", since there were no actual losses suffered.

AHTC and PRPTC lawyers also have not shown the town councillors' decisions have resulted in actual losses to the town council, their lawyers said, urging the court not to second-guess how a different course of action would have changed the bottom line.

Lawyers from Netto & Magin, who are representing Ms How, the late Mr Loh and FMSS, said in their closing replies that AHTC and PRPTC "failed to call crucial factual witnesses" to challenge their case.

They were referring to Mr Jeffrey Chua, then secretary of Aljunied Town Council, who was involved in the handover.

They added that the court should not give much weight to the evidence of two accountants called as the town councils' witnesses, "as they did not have first-hand knowledge of what had transpired on the ground during the material time".