SINGAPORE - The son of the founder of the famed Eng's wonton noodles is now in a deadlock with a business partner, after failing in his court bid to wind up the company they had set up in 2012 to expand his father's business.

In 2012, Mr Jason Sim, then chief executive of flooring specialist Jason Holdings, expressed interest in investing in the business.

With Mr Sim's investment of $150,000, the business moved to a shop at 287 Tanjong Katong Road called Eng's Noodles House. A company of the same name was registered, with Mr Desmond Ng and Mr Sim's wife, Ms Pauline New, 50, as directors and shareholders. Mr Sim, 52, did not hold any position in the company.

Business was brisk and Mr Sim soon got back his investment. Mr Ng Ba Eng died in 2013.

In early 2016, the relationship between the business partners soured.

In March, Mr Ng applied to the High Court to wind up the company, saying that the directors can no longer work with each other and were not on speaking terms. 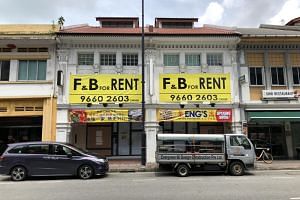 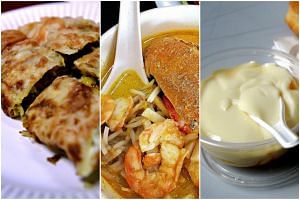 Good food, bad vibes: 3 food fights that made the news

Last month, the court rejected his application on the grounds that the company's articles of association - a document that sets out the rules by which it must operate - provided for a shareholder to exit by selling his shares to the other at a fair value.

"I hope parties can come to some resolution," said Justice Kannan Ramesh, who suggested mediation as a means to achieve a positive outcome.

In court papers filed by Mr Ng, he said he did not want to sell his shares to Ms New.

Mr Ng said that from early 2016, Ms New started looking into the shop's accounts, refused to sign cheques and vouchers, and questioned claims made by him for the purchase of items he bought for staff without receipts.

Mr Sim also sued Mr Ng and the company over a purported loan.

The company's books were kept by Mr Bill Teng, who used to work in Mr Sim's company Jason Parquet. In 2015, Mr Ng and Ms New allocated 5 per cent of the company's shares to him.

Because of a dispute with Mr Teng over his shareholdings, Ms New refused to sign the 2016 annual report and tax return.

In court papers, Ms New said she realised there were discrepancies between the sales figures printed out by the cashier machine, the figures in the profit and loss statements prepared by Mr Teng and the cash that he deposited into the company's bank account.

Ms New suggested that Mr Ng's reason for trying to wind up the company was because he and his sister are setting up a rival shop nearby.

She argued that if Mr Ng wants to liquidate his shareholdings, he has to offer his shares at a fair value.

The Straits Times reported last month that a new lease on 287 Tanjong Katong Road has been signed by the chief executive of soup chain Lao Huo Tang, Mr Thomas Hong. The shop is now known as Eng's Wantan Noodle.

Just down the road, at 248/250 Tanjong Katong Road, Mr Ng and his two sisters will be helming Eng's Char Siew Wantan Mee.