SINGAPORE - A woman who conceived a baby with a stranger's sperm in a fertility treatment mix-up has suffered a loss of "genetic affinity" and is entitled to damages worth nearly a third of the cost for bringing up the child.

That was the decision of the Court of Appeal, released on Wednesday (March 22), in what has been a long-running case between the couple and Thomson Fertility Centre's parent company Thomson Medical, and two embryologists.

In 2010, the woman and her husband went to the centre for in-vitro fertilisation (IVF) treatment. A stranger's sperm - instead of her husband's - was used to fertilise her extracted eggs.The mistake resulted in her giving birth to a baby girl with her genetic make-up but not her husband's.

In 2012, the woman sued for damages, including for the upkeep of the child, known as Baby P in court proceedings. In 2015, the High Court disallowed the claim, citing policy considerations which view the birth of a healthy child as a blessing. The woman appealed.

The Court of Appeal upheld the decision of the High Court on the issue of upkeep costs, ruling it would be against public policy. 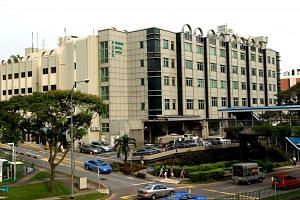 A look back at the case of 'Baby P'

"The law views the responsibilities of parenthood as obligations of a legal and moral character which arise in relation to the birth of new life; these obligations are incapable of valuation as 'loss' in any meaningful sense and cannot be the subject of a claim for damages.

"Given that the Appellant and her husband have accepted Baby P as their own (and assumed the status of parents), they must be taken to have accepted the responsibility of maintaining Baby P (financially and in all other respects)," the court explained.

But the court also decided that the woman has suffered a loss of "genetic affinity".

"In the circumstances, the Court recognises that the Appellant's desire to have a child of her own, with her Husband, is a desire that is a basic human impulse, and its loss is keenly and deeply felt.

"The ordinary human experience is that parents and children are bound by ties of blood and this fact of biological experience - heredity - carries deep socio-cultural significance...

"And when, as in the present case, a person has been denied this experience due to the negligence of others then she has lost something of profound significance and has suffered a serious wrong.

"This loss of 'affinity' can also result in social stigma and embarrassment arising out of the misperceptions of others, as was the case here."

As for how much the woman can claim, the Court considered that it should be set at 30 per cent of the financial costs of raising Baby P, with the precise quantum to be determined by the High Court.

The Court of Appeal said it would be preferable for the parties to arrive at an amicable settlement in order that closure might be achieved.