SINGAPORE - An unemployed woman was jailed for seven years and six weeks on Wednesday (Feb 22) for her role in an extortion case.

She was the second of three people involved in the case to be dealt with in court.

The first, former mobile phone shop worker Benjamin Ling Jialiang, 26, was jailed for two years with one stroke of the cane on Feb 6.

Wee knew a Chinese national named Huang Dong, who wanted to exchange the money for either the US or Singapore currency. Huang, based in China, asked intermediaries including Wee, to help him - in return for a commission. 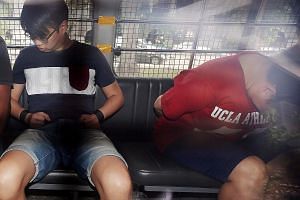 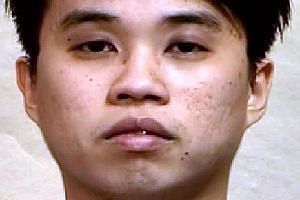 A Malaysian man named Ali, who was purportedly a moneylender, agreed to exchange the 25 million bolivars for S$1 million.

This amount was then supposed to be shared among the people involved, including Ling and Wee. Huang's share was US$250,000.

But after receiving the Venezuelan bolivars in his bank account, Ali claimed he was unable to withdraw the monies due to supposed bank restrictions and did not transfer the S$1 million as promised.

Huang then instructed Mr Kenneth Ng and his brother, Mr Gabriel Ng Chia How, 27, to travel to Penang on Feb 21 last year to locate Ali.

But shortly after arriving there the next day, they were bundled into a car and held hostage at Georgetown Hotel.

Two unnamed men introduced themselves to the brothers as debt collectors, and told them to pay US$250,000.

Mr Kenneth Ng called his father and his fiancee Ms Lim for help.

It is unclear if Huang was behind the Penang abductions.

However, Deputy Public Prosecutor Christine Liu told the court it was Huang who had asked Wee to contact Ms Lim and Mr Anthony Ng for the money on Feb 23, last year.

The US$250,000 was not delivered as Ling, Wee and Fong were arrested the next day in a joint operation involving the Singapore and Malaysian police.

The Ng brothers were found to be safe and in the company of four Malaysian men at Hong Kong Hotel in Penang.

On Wednesday, Wee's lawyer, Mr Gino Hardial Singh, told District Judge Low Wee Ping that the four men have been dealt with in a Malaysian court.

For wrongfully restraining the brothers, they were each jailed for a day and fined RM1,000 (S$318).