NAD had sued Takashimaya - the anchor tenant at Ngee Ann City on Orchard Road since 1993 - after both sides reached an impasse on the meaning of "prevailing market rental value" in the lease agreement.

Takashimaya leases about 56,000 sqm of space at Ngee Ann City, of which 38,000 sqm is occupied by its department store. About 13,900 sqm is sublet to speciality shops, which command higher rent.

It contends that rent should be based on this existing configuration.

But NAD contends that rent should be determined based on a hypothetical proportion of department store space and speciality shop space which would yield the highest possible rental value, regardless of its current use.

This would mean that NAD could charge Takashimaya far higher rent because hypothetically, Takashimaya could cut back department store space and increase the area it sublets to speciality shops, to cover the rent it has to pay. 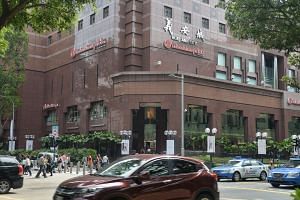 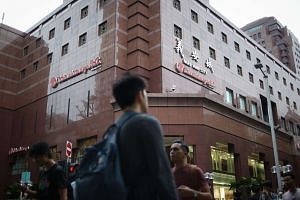 Delivering the court's decision, Justice Chong said given the background of the relationship between NAD and Takashimaya, it was "improbable" that the parties intended rent to be valued with reference to a hypothetical configuration.

He noted that theirs was not a typical landlord-tenant relationship but a "collaborative long-term commercial enterprise"; NAD provided Takashimaya with prominent and accessible premises in the heart of Orchard Road, while Takashimaya ran a prestigious department store which would enhance the reputation of Ngee Ann City.

It was intended for Takashimaya to have wide discretion in managing the premises as it saw fit. But requiring Takashimaya to pay rent at the highest possible rate will effectively erode its freedom to do so.

Takashimaya is also not contractually obliged to configure the premises in such a way that will maximise rental yield for NAD's benefit, he said.

He added that NAD was aware that valuations for previous rent reviews had been carried out based on the existing configuration but never indicated that a hypothetical one should be used instead.

The court ordered NAD to pay costs of $65,000 to Takashimaya.

In 1993, both parties signed a lease for 20 years, with Takashimaya given six options to renew for 10 years each. The rental rate is to be reviewed every five years.

In 2013, Takashimaya exercised the first option, and NAD proposed to revise the rent to $19.83 per sq ft (psf) a month, more than double the existing rate of $8.78 psf. This was based on a valuation report that reduced department store space and increased speciality shop area.

In 2014, they agreed to take the average of two valuations. But NAD wrote to the valuers to say they did not have to be constrained by the existing space use, without notifying Takashimaya it had done so.

Takashimaya found out after the two reports - based on hypothetical configurations that reduced department store space - were issued.

NAD said it made an "administrative error" and offered to bear the cost of a revaluation. But Takashimaya insisted that the revaluation must be based on the existing configuration, to which NAD disagreed, leading to the deadlock.