A member of a gambling syndicate, who won about $20,000 after recording gaming machines on his smartphone to predict payouts, was jailed for 22 months yesterday.

Syndicate members would form teams consisting of "a master" (team leader) and "players".

After using the devices to record the play patterns of slot machines, the master would upload the information to an unknown server for analysis and decoding.

The decoded data was then sent back to the master, who in turn distributed it to the players.

Armed with the decoded data, players returned to the same slot machines with the devices, which would alert them to when the next big payout was going to be made.

Logachev allegedly taught Skubnik how to use the devices in Russia. Skubnik was then sent to carry out the scam in casinos in Europe and Macau. 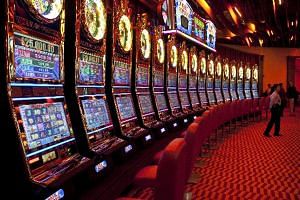 The remainder would go to the syndicate.

In April this year, Logachev called Skubnik in Prague and asked him to travel to Singapore to use the devices in casinos here.

After he arrived on May 5, Skubnik received a call from Logachev, who had also arrived in Singapore, telling him to go to RWS. Logachev sent the decoded data related to the compromised machines to the devices held by Skubnik.

Skubnik then located the compromised machines and fraudulently used the devices to gain an advantage. As a result, he won $6,402.

Between May 6 and May 7, he used the devices while playing on two of the compromised machines at RWS. He won $13,352.

But he lost $783 while playing on six compromised machines at the MBS casino as the devices were unable to accurately predict the payouts, the court heard.

An MBS security officer alerted police to the scam on May 8. Police have recovered winnings totalling about $120,000 from the syndicate.

DPP Li said Skubnik came to Singapore for the sole purpose of committing the offences.

Skubnik could have been fined up to $150,000 and/or jailed for up to seven years on each charge.