An orthopaedic surgeon was yesterday charged with littering and feeding endangered birds with live fish injected with air.

Lee, who faces a total of four charges, is accused of feeding an endangered grey-headed fish eagle with live fish injected with air, together with two other people - Sathiananthen Rasalingam and Tran Thuong Chung Linh - some time between 2pm and 5pm on July 19 last year.

The trio are also accused of littering by throwing three dying fish into a pond at the park, which is managed by the National Parks Board (NParks), on the same day.

About one month later, on Aug 16, Lee allegedly repeated both acts between 2pm and 5pm. 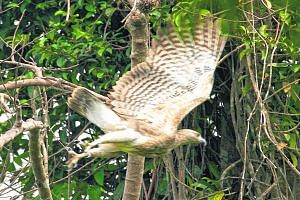 Baiting has no place in photography 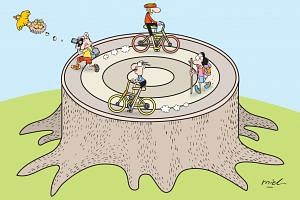 Don't let humans be the death of nature

This time, he allegedly did so with three other people - Sathiananthen, Tran and V.V. Shanmuga Sundaram.

Feeding an animal and littering in a public park are offences under the Parks and Trees Act.

Those found guilty of littering or feeding an animal in a public park can be fined up to $5,000 for each offence.

No plea was taken by the accused and the case will be mentioned again on July 19.

In October last year, a video of three photographers allegedly baiting grey-headed fish eagles in Bukit Batok by using live fish injected with air made its rounds on social media.

They apparently did this so that the fish would remain afloat and attract the attention of the bird.

This would help the photographers snap an "action" shot of an eagle swooping down on its prey at the water surface.

NParks said at the time that it was investigating the case.

In 2014, a photographer was found guilty of animal cruelty and fined $500 for tethering the legs of a tern chick to a bush in order to take a picture of the bird.