SINGAPORE - The Supreme Court laid out a sentencing framework for maid abuse cases on Friday (March 2) .

It came after Chief Justice Sundaresh Menon signalled the need to review sentencing benchmarks "upwards" for such offences.

Firstly, the court should determine whether the harm caused to the victim was predominantly physical or both physical and psychological.

For cases that are predominantly physical, the court should consider the degree of harm as well as the aggravating and mitigating factors in determining the appropriate sentence.

If the abuse was both physical and psychological, the next step is for the court to identify the degree of harm caused in relation to each charge.

The Supreme Court said that psychological harm could be indicated by behaviour which was humiliating or degrading.

For instance, according to the framework, for a charge involving less serious psychological harm but more serious physical harm, the indicative sentencing range would be between six and 18 months in prison.

Where both serious psychological and physical harm were caused, the indicative sentencing range would be between 20 and 30 months.

After this, the courts should adjust each sentence in the light of aggravating factors such as the use of a weapon and the abuser's previous convictions. 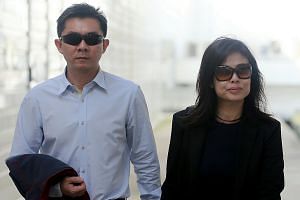 Mitigating factors such as the abuser's remorse and his or her cooperation with the authorities should also be considered.

Finally, the court will then decide which sentences will run consecutively, bearing in mind the duration and frequency of abuse.